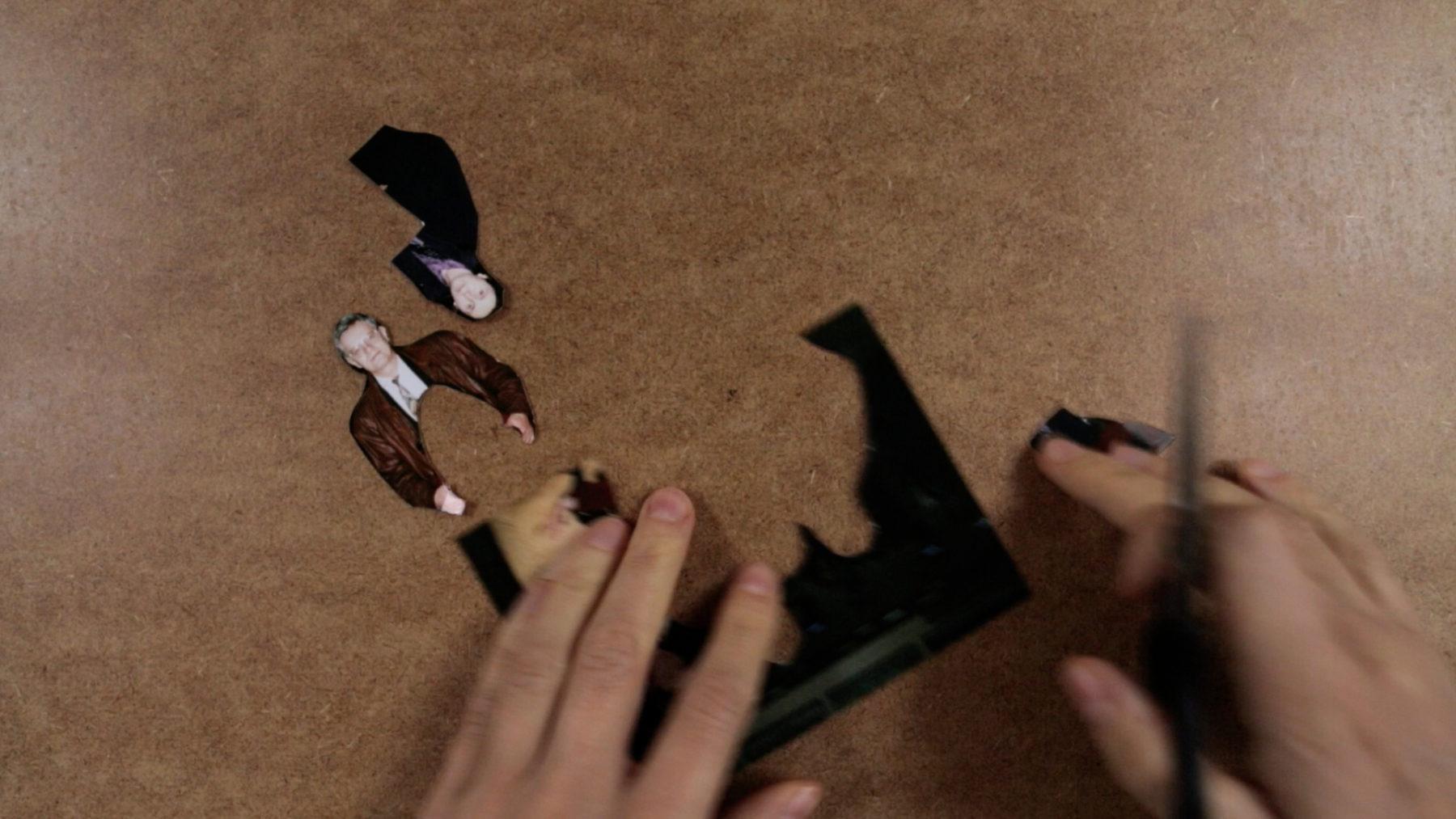 Ana Pavlović is an artist working with a variety of media like installations, sound installations and film.  She was born in Belgrade, Serbia in 1977, but has lived in Denmark since 1999. Pavlovic graduated from The Royal Danish Academy of Fine Arts in Copenhagen.

A personal diary constructed from the accounts of women migrants and the memories of their early days in Denmark, Letters 1 and Letters 2 central narrative are a series of letters and photographs exchanged between Ana Pavlovic in Copenhagen and her mother in Belgrade. By simultaneously showing other migrant women’s personal letters and photographs, Ana Pavlovic creates a memory collage of women in similar circumstances.

In Letters 1 Ana reads the letters different women have sent to their families back home from Denmark, while she cuts up the photographs with a pair of scissors and through a form of collage creates new contexts for the photos and narratives. Letters sent to the women from their families are read aloud in Letters 2, as we look at family photos women have received.

The correspondences reveal intimate thoughts and reflections of women who are confronted with difficult, and at times controversial, decisions. The letter and photo correspondence speak of au-pair work, undeclared labor, and marital migration for better or worse. The total experience becomes a kind of dialogue between the two films where the separation is both physical and mental. We see how both sides develop mechanisms and strategies for handling the dream and reality of life in the West.