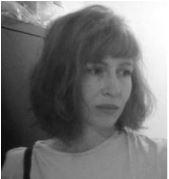 Courtney Stephens is a filmmaker based in Los Angeles. Her non-fiction and experimental films address the contours of language, historical memory, and women's lives. Her work has been exhibited widely, including at the Berlinale, the Museum of Modern Art, New York Film Festival, AFI Fest, South by Southwest, Art of the Real, The Garage Museum of Contemporary Art, and the Hong Kong, Camden, Mumbai, Luxembourg, Dhaka, and San Francisco International Film Festivals. She is the recipient of a Fulbright Scholarship, a California Humanities Grant, fellowships from MacDowell, Yaddo, Pocantico, and the Sloan Foundation, and was one of Filmmaker Magazine's 25 New Faces of Independent Film. A graduate of the American Film Institute, she co-founded the Los Angeles microcinema Veggie Cloud and has curated film programs for The Getty, Museum of the Moving Image, Union Docs, and Flaherty NYC.