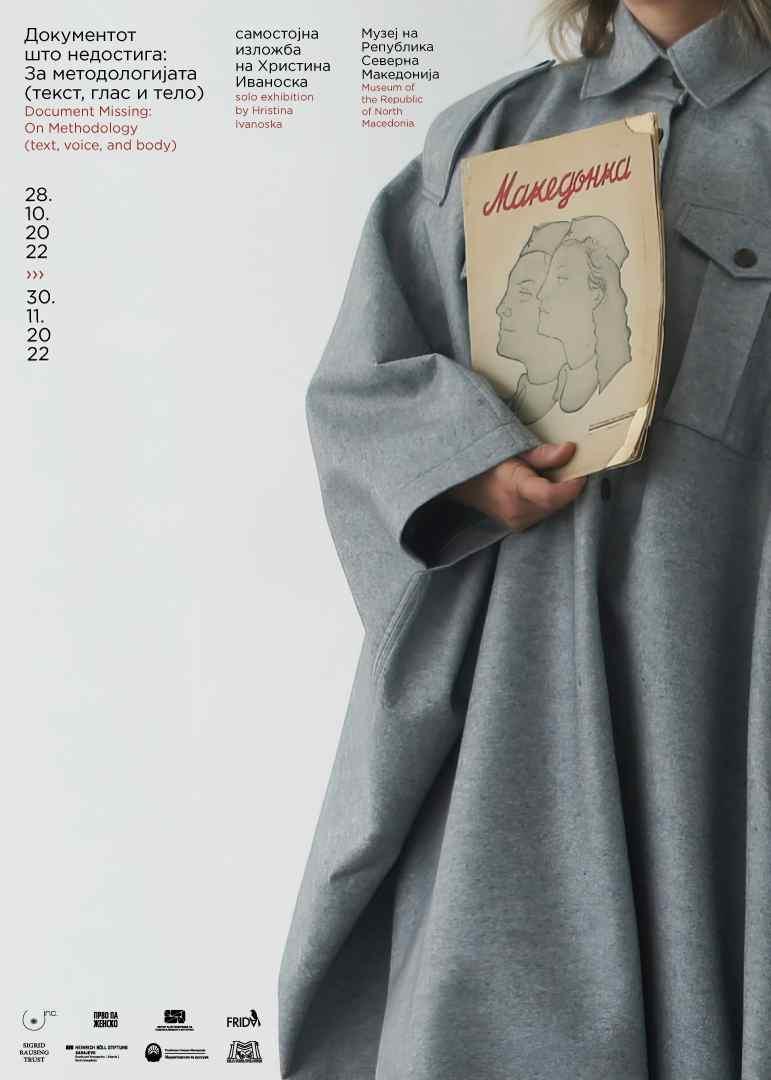 Book promotion // Exhibition opening // Round table: Invisible Archives: „Makedonka - Organ of AFW“ (1944-1952): historical experiences and cultural memory
On Friday, 28.10.2022, starting from 12pm at the Museum of the Republic of North Macedonia - Skopje, The Center for the Research of Nationalism and Culture - Skopje, in collaboration with the Museum and Tiiiit! Inc. will organize promotional event about the comprehensive research of the first women’s magazine in macedonian language “Makedonka - Organ of AFW“ (1944-1952)”.
The event will include an exhibition opening by the artist Hristina Ivanoska, titled „Document Missing: ‘Makedonka’ – emancipation, meaning and desire“. The exhibition is within the frames of the 10th edition of the feminist arts and culture festival FIRSTBORN GIRL.
The second part of the event will include the Round Table: Research Perspectives of the First Macedonian Women's Magazine "Makedonka - Organ of AFW": Individual, Institutional and Public Dimension. This public discussion follows up the promotion of the second volume of text collection published by CINIK - Skopje, titled Invisible Archives: Makedonka - Organ of AFW“ (1944-1952): historical experiences and cultural memory“ edited by Ivana Hadzievska and Jana Kocevska.
The text collection offers a thematic and critical approach to this magazine’s history, by a team of five researchers as follows: Ivana Hadјievska (political history), Jana Kocevska (social aspects), Darko Leitner-Stojanov (emancipation process), Manja Velickovska (literary aspects) and Hristina Ivanoska (artistic research). The collection’s preface was written by Dr. Ivana Pantelic (Institute for Contemporary History of Serbia, Belgrade) and the epilogue of the publication is by Dr. Jelena Milinkovic (Institute for literature and art, Belgrade).
The Round table participants are the publications editors and authors, joined by Vera Bunteska (Former President of the Association of National Liberation fighters), Dr. Biljana Kotevska (expert on gender and public policies), and Dushica Lazova (meduza.mk).

Please confirm your presence at cinikskopje@gmail.com
The event will be moderated by Ana Vasileva.
This event is organized within the project Invisible Archives 2.0 by CINIK - Skopje, supported by the Heirich Bӧll Stiftung and the Ministry of Culture of North Macedonia. The exhibition is organized within the frames of the 10th edition of the feminist arts and culture festival FIRSTBORN GIRL by Tiiiit! Inc. - Skopje. Special partners to this project is the Museum of North Macedonia.
back to festival page
Top
Close