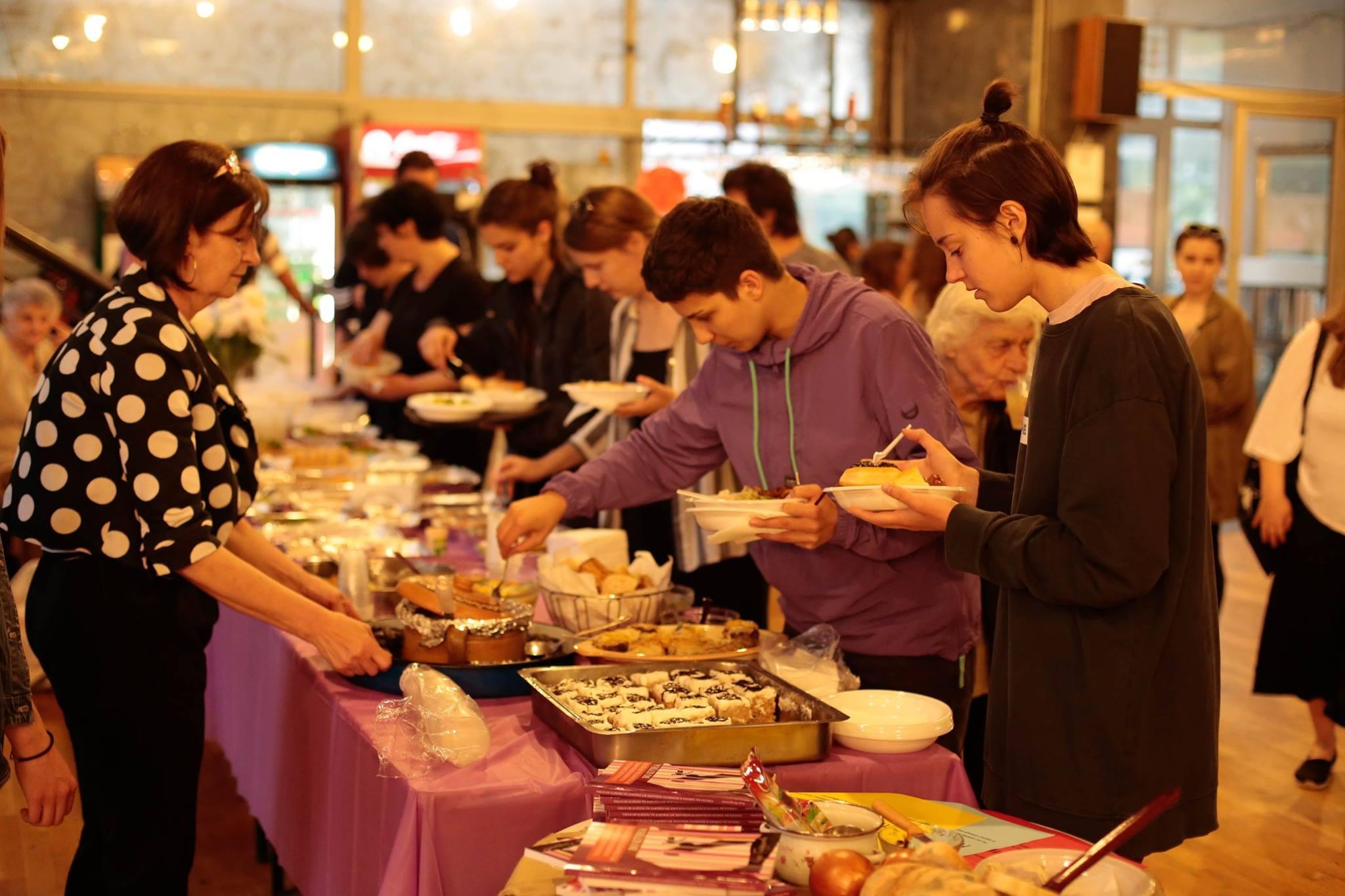 Kire Vasilev is a longtime activist forworkers› and social rights. He has a MastersDegree from the School of Oriental andAfrican Studies at the University of London.He acquired his specialization in the Programfor Labor, Social Movement and Development.

With the birth of neoliberal globalization, in developing countries a process of feminization of the labor began. Some women, who previously performed reproductive labor in the household, are now massively involved in the production process, especially in the labor-intensive branches. Thus, women are being exploited again by extraction of the excess of value that they create. This exhibition aims to confirm the argument of some feminists, that non-productive labor is just as important as productive labor, which can be commodified and monetized in capitalist social relations. The audience will be served a complete Sunday lunch - an entree, a main dish, and a dessert, presented not only as a "work of art", but also as a product of someone's work with its own value.

Kire Vasilev is a longtime activist for workers' and social rights. He has a Masters Degree from the School of Oriental and African Studies at the University of London. He acquired his specialization in the Program for Labor, Social Movement and Development.