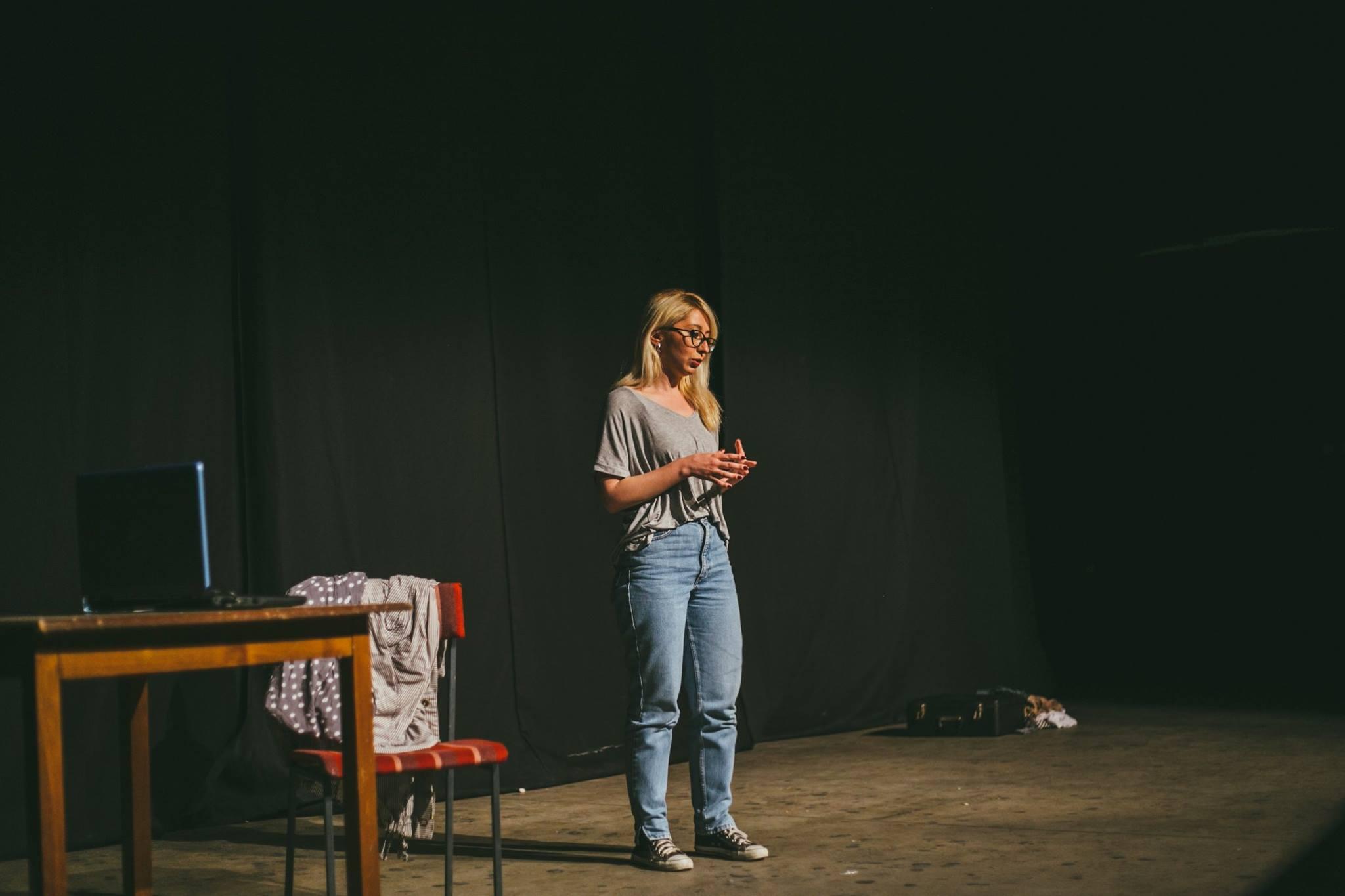 Performance + Discussion | Where do all the plays that don’t get shown go?

The actors who have worked with Dragana, describe her as an unique and dynamic director who knows how to make a blend of ideas and feelings. Due to the fact that she is a psychologist, she also knows how to understand and lead the actor as a partner in the process. She is also a great animal lover and activist for human rights.

“Where do all the plays that don’t get shown go? …. can be seen as an artistic performance of the director Dragana Gunin. It is a piece that brings her out of her comfort zone and a piece that opens new ways of expression in the Macedonian contemporary  theatrical scene. With a simple mise-en-scene, alone on the stage, the director as the only actress in her own play starts to deconstruct her past, in order to create a new piece that signifies a cry for hope which still exists.” (Ivana Smilevska, http://pirej.mk)

The performance is followed by discussion with the author.