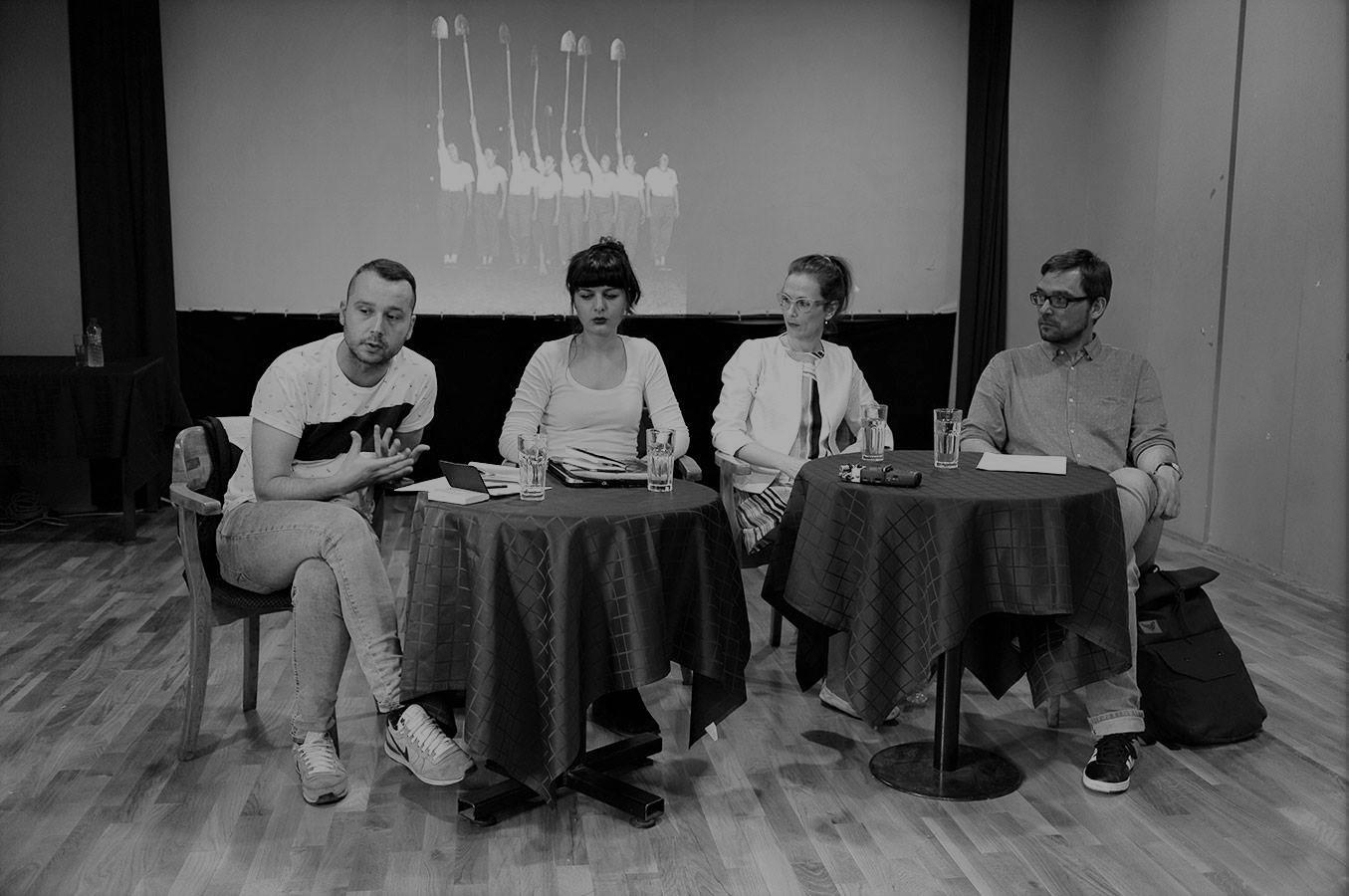 Franko Dota has recently submitted his Ph.D. dissertation on homosexuality in socialist Yugoslavia at the Department of History, Faculty of...

Ivana Pantelic is an associated researcher at the Institute for Contemporary History in Belgrade. She has BA degree in History...

Tijana Okic was born in Sarajevo, where she graduated, and was later employed at the Faculty of Philosophy. Since 2015,...

Gender and sexual (in)equality in Yugoslavia: between revolutionary utopia and historical continuity of patriarchy

Panel discussion | Gender and sexual (in)equality in Yugoslavia: between revolutionary utopia and historical continuity of patriarchy

This panel aims to open discussion and deliberation of the complex, dynamic, and often contradictory position of gender and sexual emancipation in socialist Yugoslavia. Unlike the nationalistically oriented historiography of revisionism and its unfairly homogenization of the complexity of Yugoslav succession as titoist totalitarianism, the history of gender and sexual equality in Yugoslavia should be again reconsidered  by subtle, thoughtful, critical and historically sensitive approach, without inserting the response in the framework of counter-revisionist tendencies, monumentalisation or romanticization of the socialist heritage. From here, this panel aims to bring to the fore the emancipatory potentials as well as the patriarchal blockades in the treatment of gender and sexual equality in socialist Yugoslavia to reconsider its relevance to the collective memory, and to explore the opportunities that the various critical and emancipatory practices for gender and sexuality in Yugoslavia open for our contemporary thinking and political actions towards gender and sexual emancipation.

Franko Dota has recently submitted his Ph.D. dissertation on homosexuality in socialist Yugoslavia at the Department of History, Faculty of Humanities and Social Sciences in Zagreb, where he previously obtained his MA in History and in Italian language and literature. He taught courses on contemporary history at the Faculty of Humanities in Rijeka. He is the author of Zaraćeno poraće: konfliktni i konkurentski narativi o stradavanju i iseljavanju Talijana Istre (Srednja Europa, Zagreb, 2010) [Post-war History at War: Narratives on Persecutions and Migrations of Italians from Istria]. He is active in the Croatian LGBT movement and was among the founding members of Zagreb Pride organization.

Ivana Pantelic is an associated researcher at the Institute for Contemporary History in Belgrade. She has BA degree in History and MA degree Social Anthropology and PhD degree in History at Faculty of Philosophy, University of Belgrade. Her field of research is social history, especially women emancipation in Serbia and Yugoslavia. Pantelic is author of the book on social emancipation of female partisans in post-war Yugoslavia, and co-author of books about diaries from the Second World War and book about  twenty most important women in 20. century Serbian history.

Tijana Okic was born in Sarajevo, where she graduated, and was later employed at the Faculty of Philosophy. Since 2015, she is a PhD candidate in Philosophy at the Scuola Normale Superiore di Pisa. Currently, she is the DAAD visiting a PhD fellow at the Faculty of Philosophy, University of Tübingen in Germany. Tijana​ has edited a volume on the Antifascist Women's Front, “Izgubljena revolucija: AFŽ između mita i zaborava”, Sarajevo, 2016. (with Andreja Dugandžić). She is а ​contributing editor of the Viewpoint magazine. She regularly publishes translations from several languages, enjoys reading novels and poetry.

Slavcho Dimitrov (b. 1984) holds a diploma for General and Comparative Literature at the University of St. Cyril and Methodius and holds MA in Gender Studies and Philosophy at the Euro-Balkan Institute, Skopje. He had his second M.Phil in Multidisciplinary Gender Studies Programme at the University of Cambridge. He’s been teaching at the Institute Euro-Balkan, Skopje and at the Faculty of Media and Communications - SINGIDUNUM, Belgrade, Serbia. In the last several years he has coordinated several projects of the human rights and non-discrimination of minority communities in Macedonia. At the moment he is programme coordinator of the Coalition for Sexual and Health Rights of Marginalized Communities. Slavcho is the founder and academic coordinator of the Summer School for Sexualities, Cultures and Politics. He is also one of the founders of the IPAK (Research in Cultures, Politics and Identities) Center.