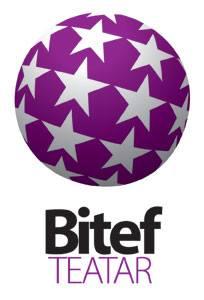 BITEF Theater is the institution of the city of Belgrade of importance to the culture of the city and beyond. It was founded on the initiative of the legendary Mira Trailovic, on March 3, 1989, as the youngest Belgrade theater and unique in its source. In the course of twenty years of existence, the city of Belgrade has established the BITEF theater in one of the oldest and most important theater festivals of the Belgrade International Theater Festival - BITEF (1967). At that time, the festival was already one of the most well-known and liveliest of new world theater events.

At the address of Skver Mire Trailović number 1, in the reconstructed building during the Second World War, a church of evangelism was built1, and today the cultural monument of the city of Belgrade (since 2010) Š2K, for 29 years there is BITEF theater as a project theater that does not have a permanent employee artistic ensemble.

As a theater of a wide range of program activities, divergent concepts of performance in which no paradigm and vertical multicultural content prevail, BITEF theater remains in its third decade of existence attached to its esthetic vertical around which it was created - the BITEF festival. BITEF Theater acts creatively, actively and provocatively, as an interactive and interdisciplinary space of our city, our art, society, culture and non-institutional education.

He is openly questioned about artistic practices that have left the "homogeneous fields" of a great modernist ideology, of the autonomy of art, of artistic media and disciplines. Indicates the fragility of the coherence of the stage universe, its sometimes soft and permeable boundaries, sometimes tense to burst, and even the painful needs for total negation.

He is aware of the crucial moments that produce different historical and cultural situations during the 20th and early 21st centuries (from the historical avant-garde, post-war, neo-avant-garde, conceptual and post-modern art of the eighties, the war transition and the breakup of socialist Yugoslavia, the politics of art, the beginning of the new century and global transition), especially in the social context of our dynamic and dramatic environment. From its founding, very responsible, persistent but also courageously - adventurist, testifies and goes through important periods of national history and specific social and psychological circumstances. Not only explores and affirms contemporary art practices, but also marks and interacts with conflict points.

He tries not to be misled in interpretations of the phenomenon of "great art work", but not in "solutions" that are imposed after a complete change in the nature of artistic media and forms of research. Gradi, explores meanings and maps complex, different, and often conceptually opposed directions of reflection and artistic activities that are produced or appear in the interrelation of art and art, culture and society, which are most suitable as the framework for the conceptual content of the stage action. In that sense, BITEF Theater is certainly not only a continuation of the development of an authentic Serbian theater that is formed somewhere between western and eastern theater production and philosophy that began in the early 20th century.

In addition to the organization of the prestigious BITEFA - Belgrade International Theater Festival, this theater develops platforms for the so-called. dual readings in art (representative - representative) both through the spoken, gestual and theater of movements and bodies, circus and puppet shows, street actions and hepening, as well as through radio, internet and music theater, through film, video, etc.

Through its own productions, co-productions with institutions from Europe and the world, as well as through programs of international exchange of artists and education and workshops (yorkshops), BITEF theater develops an active, contemporary and different art scene of Belgrade, creative vitality and lasting, productive echo.

BITEF Theater searches, finds out and offers different approaches in search of the nature of human society and man, asks questions, creates and reflects social instincts. It enriches contemporary social reality with topics that it previously did not deal with or dealt with in a more compact form.

The task is responsible, zamaman and challenging. Every season, every year - new and different.

The design project for the church was made in 1940 by Oto Bartning (Otto Bartning, 1883-1959), one of the most famous and influential German architects and theorists of architecture of the twentieth century. During the realization of Bartning's design sketch for the Belgrade Evangelical Church, there was a certain deviation. As it was customary for the "imported" projects, the drafting was done in the Belgrade Design Bureau of architect Đorđa V. Stashevsky. The works began on August 20, 1940, and the contractor was a technical enterprise by architect Milan Sekulić. The foundations of the new church were officially consecrated on October 20 of the same year