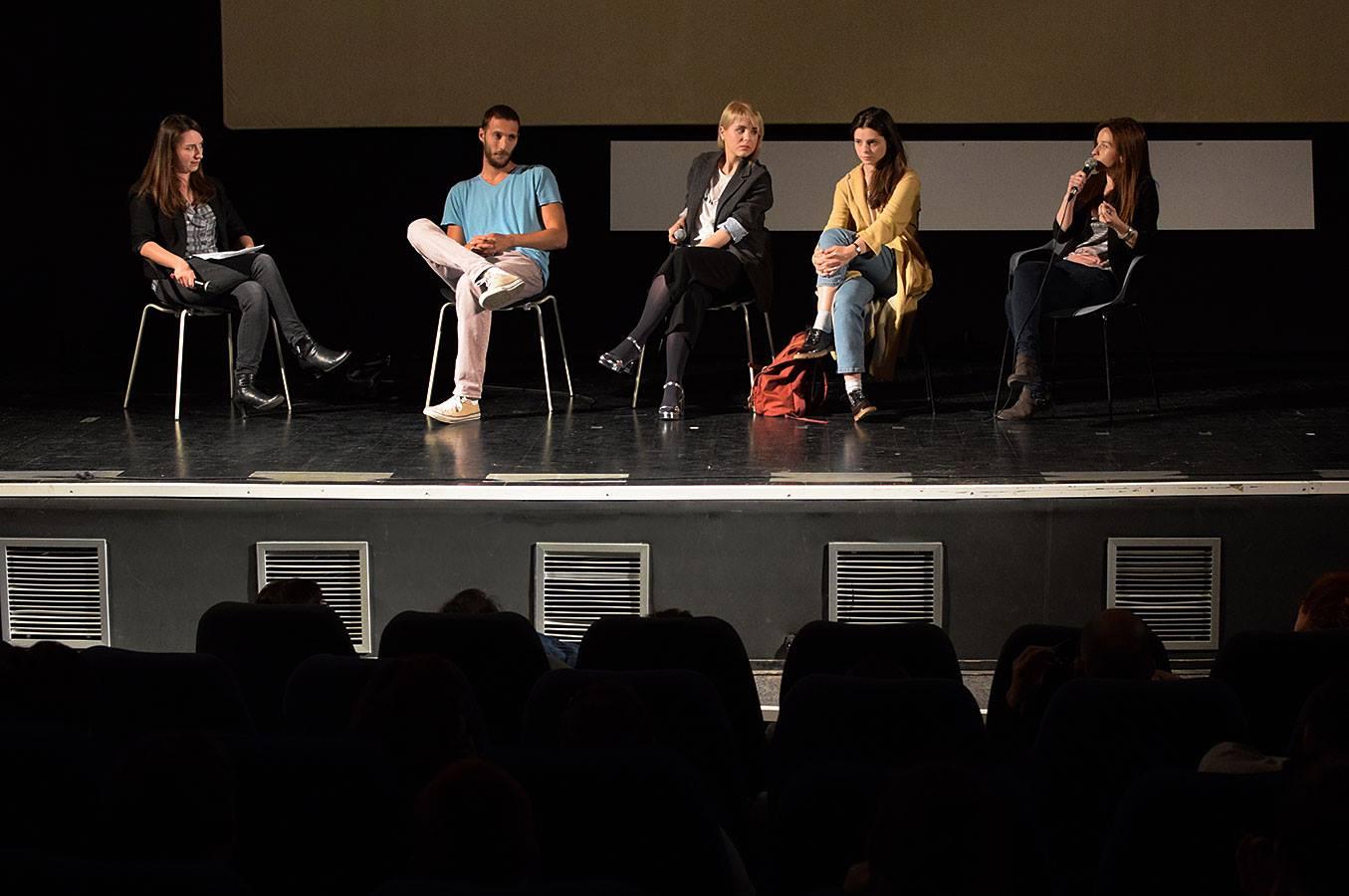 Elena is an old lady who suffers from dementia, so she thinks that she is seventeen and is preparing for a date. Through many comic situations we meet the son that is supposed to get her to a retirement home, but to get her out of the house he starts to lie to her and tells her that he is taking her on a date with her boyfriend. But, is everything as it seems? The movie is produced by Studio Pimento, and it was financed by the Macedonian Film Agency.
Director: Dina Duma
Producer: Vancho Mirakovski
Director of photography: Naum Doksevski
Actors: Eva Ras and Jordan Simonov

After one of their usual "voyager" adventures, one couple finds themselves locked in a bathroom at the national opera house. While waiting for their friend to get them out, they are forced to face their problems.
Director and Screenwriter: Radovan Petrovikj
Producer: Radovan Petrovic and Sanja Todorovska
Director of Photography: Andrej Lembanov
Actors: Dolores Popovic and Visar Vishka

Detective Veli is investigating a murder of a young girl for which she has one pubic hair as evidence and the father as the main suspect. But the case and the traces she finds, force her to question her theory and even the sanity of her mind.
Director and screenwriter: Eleonora Veninova
Producer: Nebojsha IIijevski
Production: Partes Production
Director of photography: Dimo Popov
Actors: Irena Ristic, Bojan Zirovic, Sladjana Vujoshevic and Marija Arsenkova

Velika is a young teacher sent to teach in a village deep in the mountains. As the days pass, there is no trace of the children. The only person she meets in the village is an old lady that works in the school too. In the village, the young woman will face the cruelty of life and will have to find a way to survive.
Director: Ana Jakimska
Producers: Dejan Krajchevski and Marija Dimitrovska
Production: Krug Film
Director of Photography: Naum Doksevski
Actors: Natasha Petrovic, Shenka Kolozova and Vladimir Petrov- Shkalja

After the projections there will be a discussion with the directors, moderated by Rumena Buzarovska.

Rumena Buzarovska is an author of three short story collections – Chkrtki (Scribbles, Ili-ili, 2007), Osmica (Wisdom Tooth, Blesok, 2010), Mojot mazh (My Husband, Blesok, 2014; Ili-ili, 2015), and also of a study about humor in literature called What's Funny: Humor In Short Stories (Blesok, 2012). She is an assistant professor at the English Department of the Ss. Cyril and Methodius University in Skopje and for the past two years along with Ana Vasileva and Tiiiit! Inc, she has been contemplating, creating and hosting “Peach Preach”, Skopje’s favorite soirée for telling (women’s) stories.