Comedy is part of feminist history—and we need it more than ever!

Feminism has always been mobilized and strengthened through collective joyful laughter. Source: Open Democracy: Free Thinking for the World There is no...

Feminism has always been mobilized and strengthened through collective joyful laughter.

There is no fiercer political weapon than laughter. The controversy around Michelle Wolf’s brilliant, uncomfortable, and brutally honest roast at the 2018 White House Correspondents Dinner is the latest in a long line of examples that reveal the threatening power of feminist jokes. As the author Margaret Atwood puts it, “Men are afraid women will laugh at them; women are afraid men will kill them.” This is why the Patriarchy has always tried to stereotype feminists as humorless killjoys, the anti-pleasure police, or shrill sticks in the mud.

In reality, nothing could be farther from the truth. From Samantha Bee’s satirical TV show Full Frontal; to the stand-up comedy of Wanda Sykes, Margaret Cho and Tig Notaro; to the explosion of playful memes and witty protest signs that forcefully satirize patriarchal predation, feminism is, and has always been, mobilized and strengthened through collective joyful laughter.

As I show in my new book, Specters of Slapstick and Silent Film Comediennes, insightful satire and exuberant comedy were important forces in the early years of the feminist movement. The biggest myth of anti-feminist propaganda—both in the present moment and in the history of the struggle—is that wanting equal rights and having a sense of humor are somehow mutually exclusive.

In fact, when women laugh too loudly or pointedly they’re often disregarded as ‘hysterical’—not in the positive sense or as a figure of speech but as pathology: ‘maybe we should send you to a mental institution and poke at your uterus to figure out what’s wrong with you.’

Comedy, though delirious and light-hearted, is often extremely violent and vividly obscene. There’s a fine line between edgy and insulting, and it’s long been the role of the clown to test the boundaries of that line as they change over time, particularly during moments of escalating social and political activism. Wolf exemplifies this tension between the timely and the taboo in her roast with jokes like these: “Sarah Huckabee Sanders, I loved you as Aunt Lydia in The Handmaid’s Tale;”  “I know a lot of you are very anti-abortion, unless it’s the one you got for your secret mistress.”

Women, LGBQT+, people of color, and other oppressed minorities have long used satirical comedy effectively to ‘punch up’ against authority and speak truth to power. For example, as Lindy West puts it in “How to Make a Rape Joke,” there’s a difference between “a joke about women getting raped” and “a joke about the way that rape culture—which includes rape jokes, makes women feel.” Nothing is off-limits for progressive comedy, not even rape; what matters is whether the victim or assaulter becomes the butt of the punch line. Regardless of the comedian’s identity—even if you have to live in the aftermath of your own mockery—a joke that goes too far, or that risks exploiting its topic rather than exposing it, will typically fall on deaf ears.

The refusal to laugh is not always intentional. After all, laughter is supposed to be involuntary: it erupts in spite of ourselves, often in response to images and ideas that actively confuse us. This is neither good nor bad: we laugh when we’re not completely sure how we want to feel about something, and are still thinking it through. In other words, we are not always in control of the social consequences of our laughter, even though we would like to be.

Comedy is often a matrix for processing social change, as much as an active force that directly provokes it. As an example, take Mary Jane’s Mishap, a slapstick comedy from 1903 starring Laura Bayley about a housemaid who spontaneously combusts out of the chimney while trying to light a fire. Mary Jane erupts out of the roof and her dismembered limbs and torso rain down over the village skyline. Finally she returns as a ghost to haunt her own gravestone, which has the epitaph, “Here Lies Mary Jane. Rest in Pieces.”

Mary Jane’s explosion out the chimney is an absurd representation of how women desire to break free from the domestic sphere and the drudgery of everyday housework. I’m really attracted to these types of films in which gendered oppression is rendered ridiculous. That’s what slapstick is all about: the exaggerated representation of make-believe violence, but violence that strikes us as somehow too zany or cartoonish to be threatening in reality.

Women have always had a marginal position in physical comedy because audiences often feel uncomfortable laughing at comical images of violence against female characters. As with West’s distinction between rape jokes and jokes about rape culture, Mary Jane’s Mishap took aim at the tyranny of women’s domestic enslavement and the brutal mockery of violence against women in the home by presenting these things in slapstick form—and through that medium connecting with its audience.

The comedian Amy Schumer takes a page out of Mary Jane’s Mishap in her sketch show Inside Amy Schumer, which frequently features skits about women who spontaneously combust, self-decapitate, or commit absurd ritual suicide when their ability to derive meaning from their everyday lives stands in vivid contradiction to their own utopian gender ideals. Skits like “Trouble Accepting a Compliment,” “I’m So Bad,” and “Allergic to Nuts” all exemplify Schumer’s slapstick feminism ad absurdum.

This isn’t new. From the early 1900s, female slapstick comedy in the popular media has been an  avenue for feminist activism and social protest. For example, the only way for Mary Jane to break out of the home is through the chimney. In another film released in 1914 called Daisy Doodad’s Dial, a bored housewife trains to compete in an amateur face-making competition so avidly that she is arrested for public indecency after she grimaces at random men on a street car.

She then shuts herself up in her bedroom and has nightmares in which she’s haunted by spectral superimpositions of her own disembodied face-making. Or take Laughing Gas (made in 1907), in which a black woman is given nitrous oxide by her white male dentist, and then spreads her laughter contagiously through the streets, including to several police officers who can’t arrest her because they’re all laughing too uproariously.

Social satire in these films arises from the jarring clash between how women and minorities are traditionally expected to behave and how they actually want to live, exemplified in suffragette protest comedies, trick films in which women metamorphose into giant spiders or man-eating dolls, and domestic disaster comedies where women ‘blow up’ or bust loose from their normative gender roles and domestic duties in a variety of astonishing ways.

It’s also important to remember that cinema, like Twitter or YouTube today, was the most popular form of new media in the 1890s and early 1900s. There was something about the power of cinema to display movement as never before—housemaids exploding, automobiles crashing, miniature nicotine fairies melting—that provided fertile terrain for social protest and cultural experimentation.

Women’s bodies were ideal for these ends, because they were believed to be physically malleable and less resistant to external manipulation—just look, for example, at the corsets women were expected to wear in the early 1900s that contorted their bodies into crazy human hourglasses. New media images, like gendered bodies, have always been celebrated for their limitless capacity for physical manipulation and visual invention.

People have been drawn to ‘new’ media throughout history because they believe in the transformative power of radical images to influence social and political breakthroughs. Female-identified and gender fluid bodies—the clothes they wear, the positions they assume, and the way their bodies occupy public spaces—are markers of how much social norms and cultural ideals can change over time.

I see so many parallels between the feminist protest culture of the early 1900s and our present-day moment in 2018, when satirical laughter and new media experimentation are again such vibrant parts of our collective imagination and activist resistance. One of my favorite protest signs at the Global Women’s March in 2017 was proudly raised by a group of women dressed as suffragettes: “Same Shit, Different Century,” it said.

Though the issues have changed—from voting rights to abortion rights to #MeToo—some things remain the same: feminist laughter is a forceful political weapon. Some will continue to repeat the old lie that “Women Aren’t Funny,” but that’s ok—it shows that they’re still terrified by the revolutionary power of collective laughter. 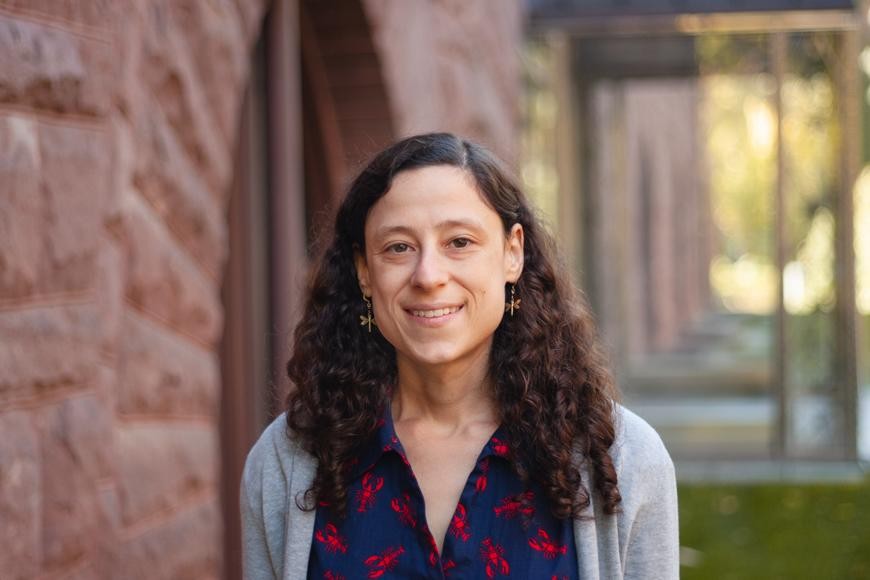