Thresholds Of No-Body In Particular

(photo gallery)   The Exhibition by Elena Chemerska and Ivana Mirchevska, titled Thresholds Of No-Body In Particular, was open for the public...

The Exhibition by Elena Chemerska and Ivana Mirchevska, titled Thresholds Of No-Body In Particular, was open for the public 17th - 23rd of August within the program frames of the feminist festival Firstborn Girl, in Youth Culturel Centre's gallery in Skopje. For those who couldn't make it to the exhibition, please find below more information and photo documentation. We thank Dragica Nikolovska and Zoran Shekerov for the photograhies. 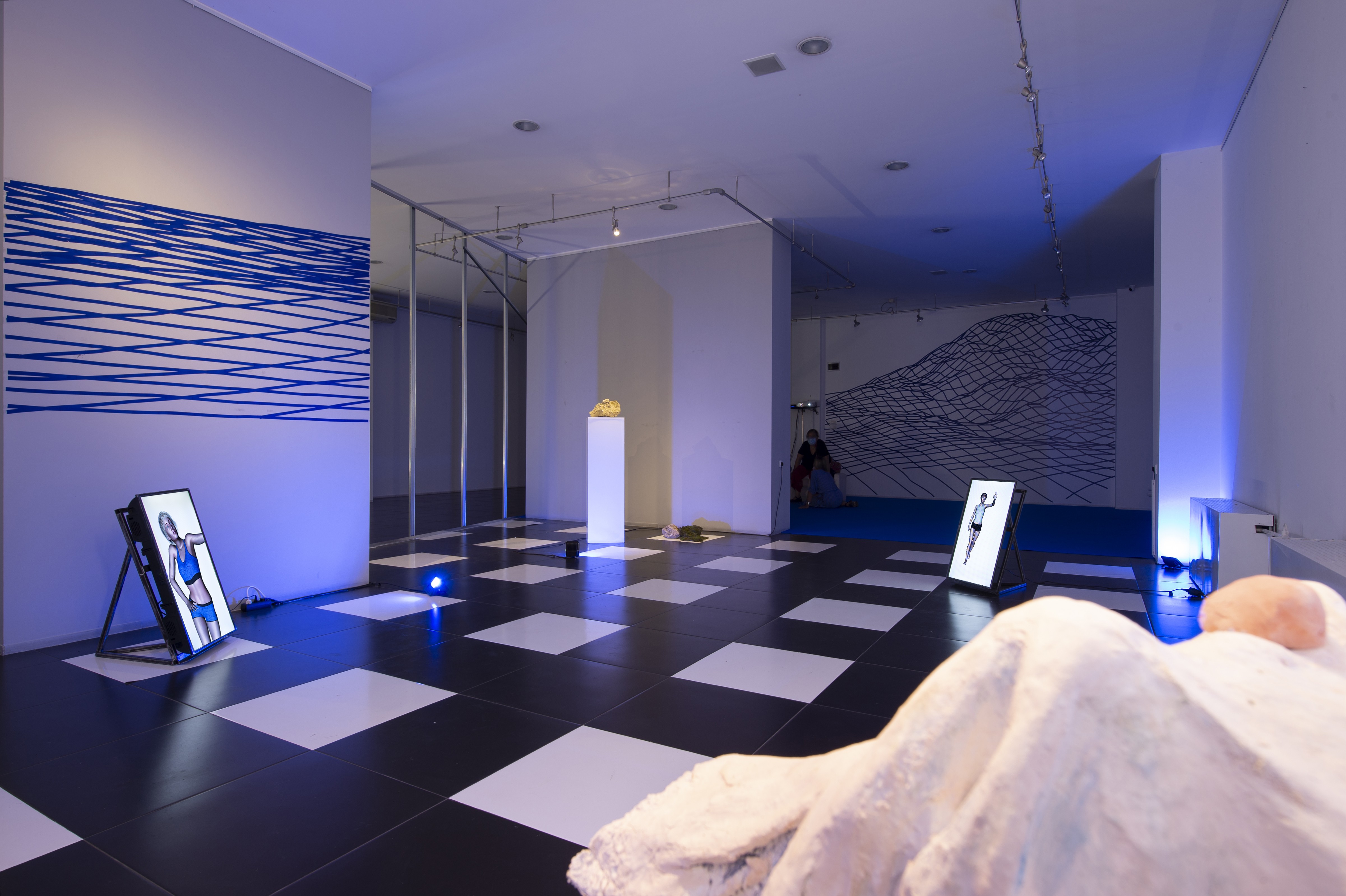 Imagine a mutable architecture operating as open source software, whose materiality and virtuality remains available for perpetual modification and enhancement following the navigational impulse of the body. This is an impetus of the body in which affect is expressed spatially, as existing across and among people, not limited only within them. We enter this threshold (space) via prosthetic means. Generating images / bodies / avatars, we ask: what does it mean to inhabit such a body in such a reality? What are we seeing when we see not only images, but the image of ourselves, and not only that image, but that image seeing and interacting with all the other images of that realm? What are we feeling when we feel these images interact, when we feel our avatar interact with other images? Is it even possible to feel something in these instances? What is virtual affect? How does virtual affect come about?

Nothing should be accepted as fixed, permanent, or ‘given’—neither material conditions nor social forms. Today we bear witness of a paradigm shift in our relation to the world and the other, of being confined to enclosed, often small spaces, and fixed in particular locations, we are reconsidering how our body economy is subjected to new forms of affective, political, geographical subjugation and alienation. Notwithstanding our avatars bear our semblance, yet by no means they are we, as they are a strategic attempt to deploy existing technologies to re-engineer the world for progressive gender ends. Therefore this work is an attempt to join the xenofeminist call for deployment of reason, in which reason stands for the right of everyone to speak as no one in particular.

Helena and Europa are the alter egos of Elena Chemerska and Ivana Mirchevska, respectively, which were born out of the experience with the Speculative Manual on Haunted Thresholds. Helena is a remembering and formulating machine, a goddess of the neural network. She is a freedom fighter and a terrorist for the independence of associations.  Europa is the summoner of the digital outcasts. She is a plateau and a space with many coordinates. She nourishes the eye and the mind. She is the screen, a noise and a voice: registers the emotional, cognitive and perceptual apparatuses of all cyber species.

Ivana Mirchevska (b.1992, Skopje) is a visual artist and researcher whose practice is rooted in time based media, visual anthropology, memory studies and painting. Experimenting with the hybridizing genre of documentary, she is interested in how the technologies of vision create subjects and subjectivities. More in particular, she researches the ambivalence of the image in re/presenting the realities of labor, gender, media, surveillance, while looking for the aesthetic potential of the individual and collective body to generate viable propositions and strategies. Framed with the device of the ‘essayistic’ practice her work spans between moving images, archives and installations. Ivana obtained her MFA degree at the Accademia di Belle Arti di Brera in Milan, Italy. She has participated at ENGAGE- Public School for Social Engagement in Artistic Research, curated by Viafarini, in Milan, Italy; Fuori Visioni 3 - Festival dell’arte contemporanea, Museo Civico di Storia Naturale, Piacenza, Italy (2017); the Multimedia Festival “Underground is easier to breathe III”, Skopje, as well as Biennial of Young Artists, Museum of Contemporary Art, Skopje (2018). Ivana is part of the curatorial team of the festival "Underground is easier to breathe", organized by the artistic collective Kula.

Elena Chemerska (b.1991, Skopje) is a visual artist and researcher whose work explores the relations between aesthetics, materiality and politics. Within her practice, she uses and combines different media and strategies such as drawing, painting, film and interventions to accentuate and stratify narratives woven into cultural structures where the relationship between the particular and the universal intertwines. She holds a Master in Art and Design in Fine Arts from the Master Institute of Visual Cultures, AKV St. Joost Academy of Art and Design, ‘s-Hertogenbosch, the Netherlands. Her work has been presented in North Macedonia and internationally. Exhibitions include: “Monumental Fluxus”, Expoplu, Nijmegen; “Monument to Freedom - Conversations”, solo exhibition and book launch, Private Print Studio, Skopje; “RESTART”, Youth Cultural Center, Skopje; "What Do We Dance For?", one day exhibition/event at Gallery Nectar, Tbilisi, Georgia; Biennial of Young Artists, Museum of Contemporary Art, Skopje; “Transition” video screening program, Eye Research Lab, Eye Museum, Amsterdam, the Netherlands etc. She is currently based between Skopje, North Macedonia and Berlin, Germany. 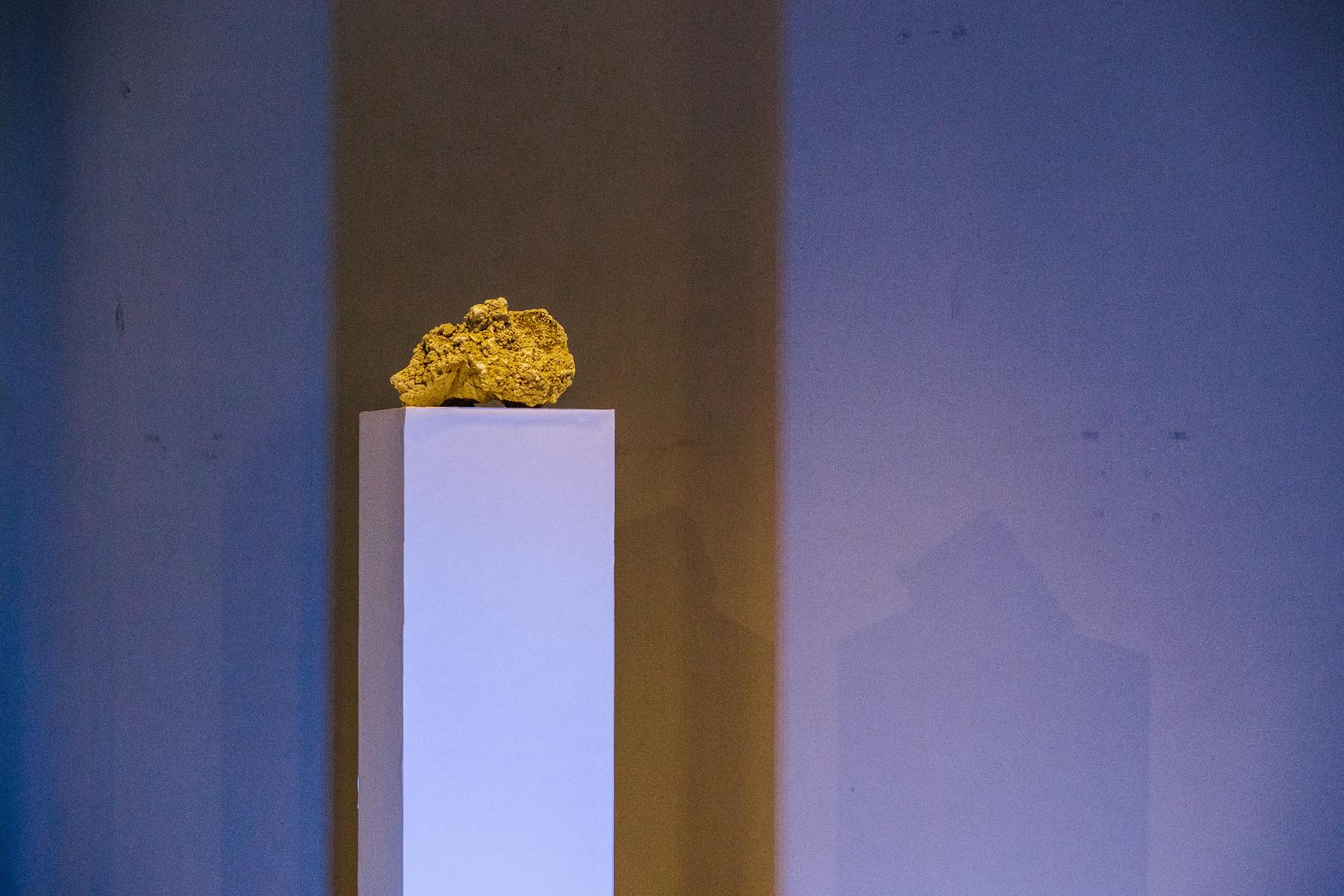 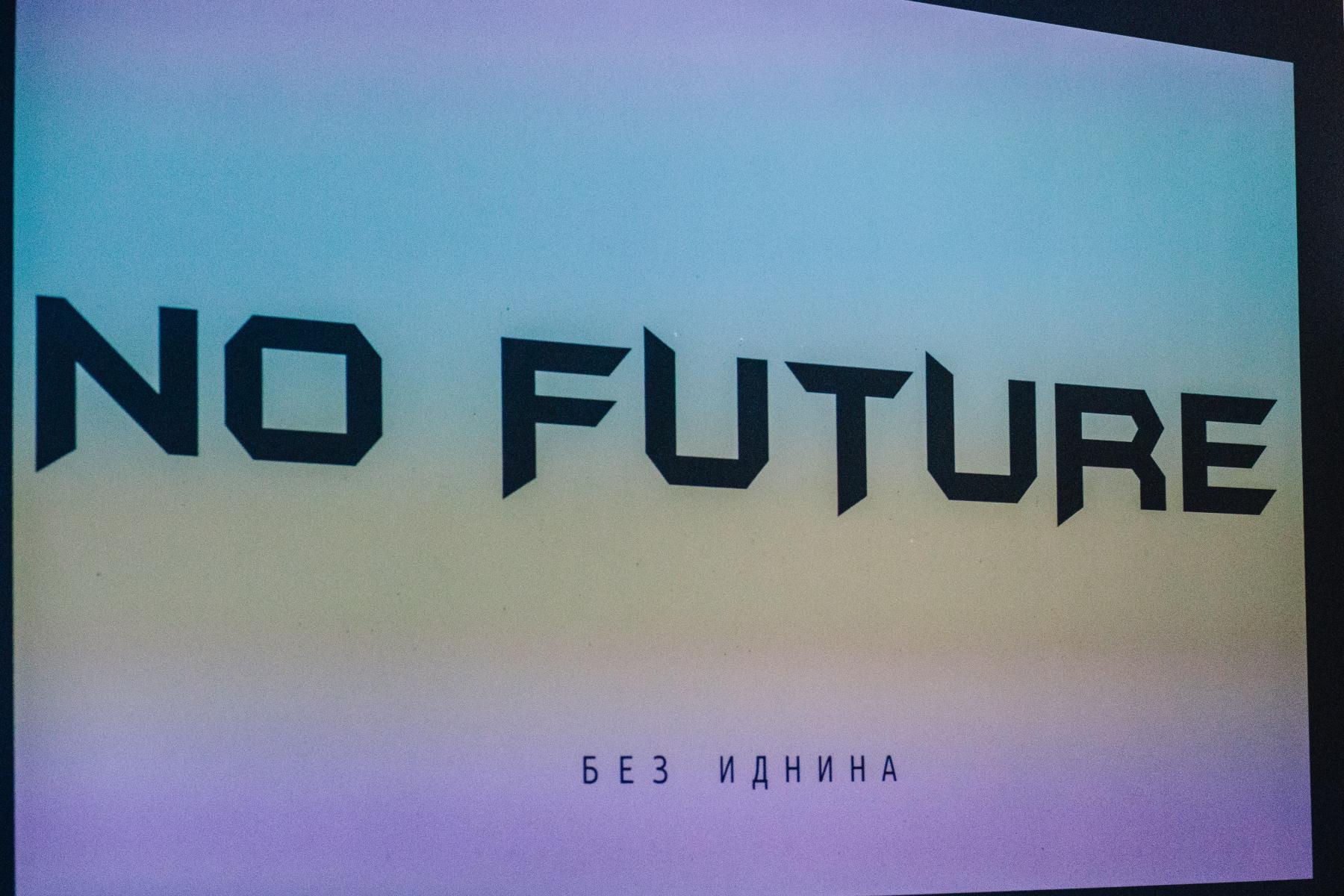 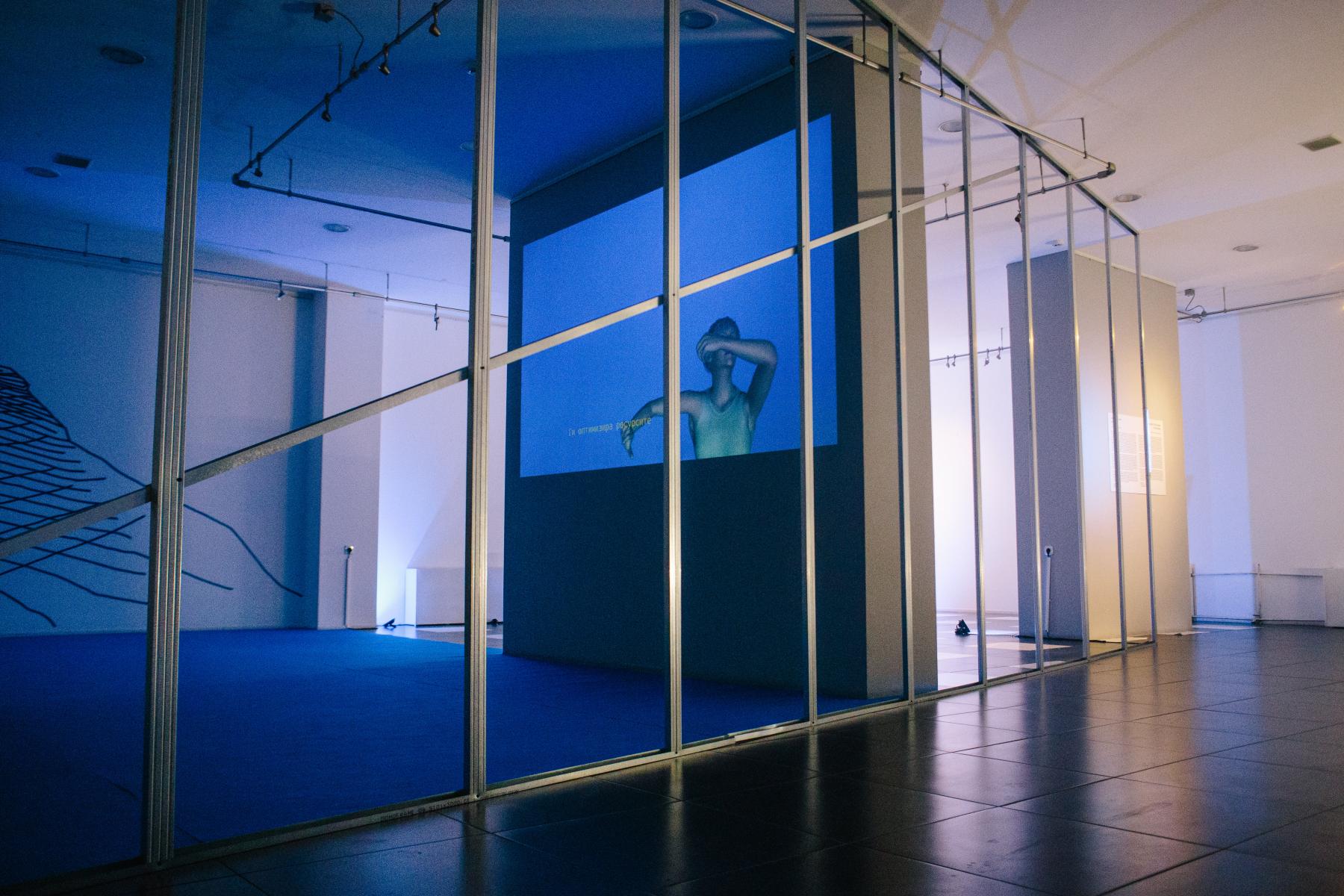 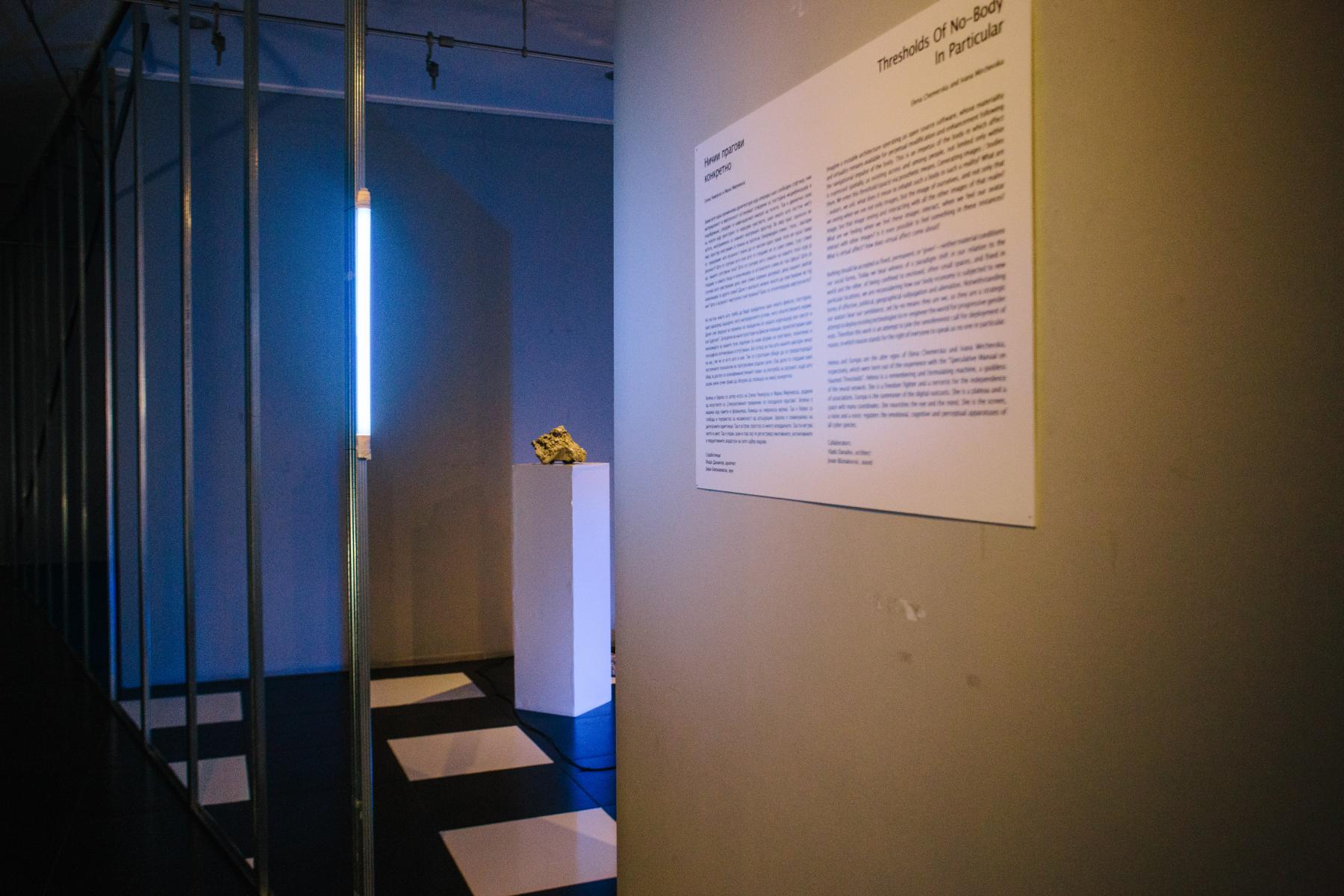 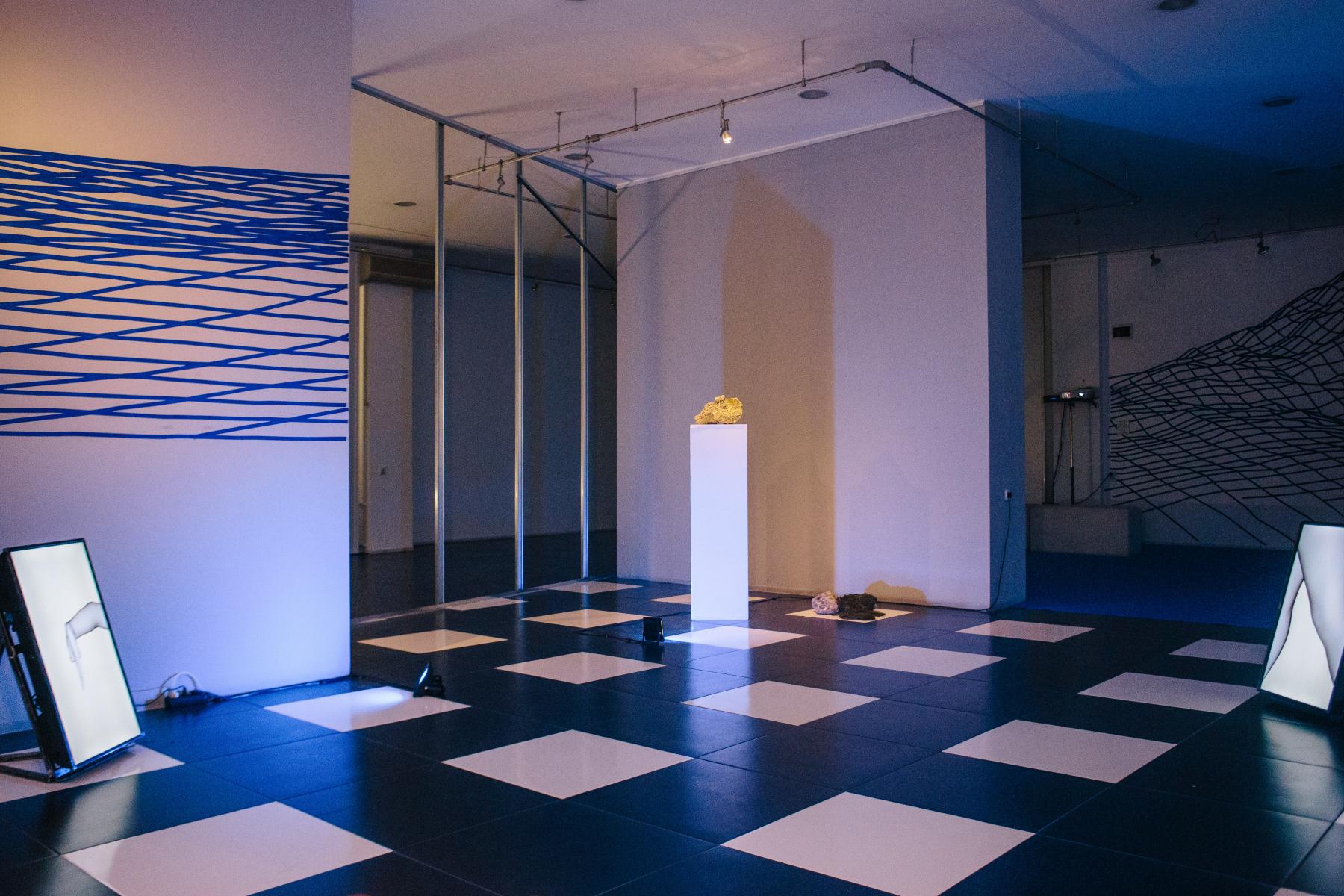 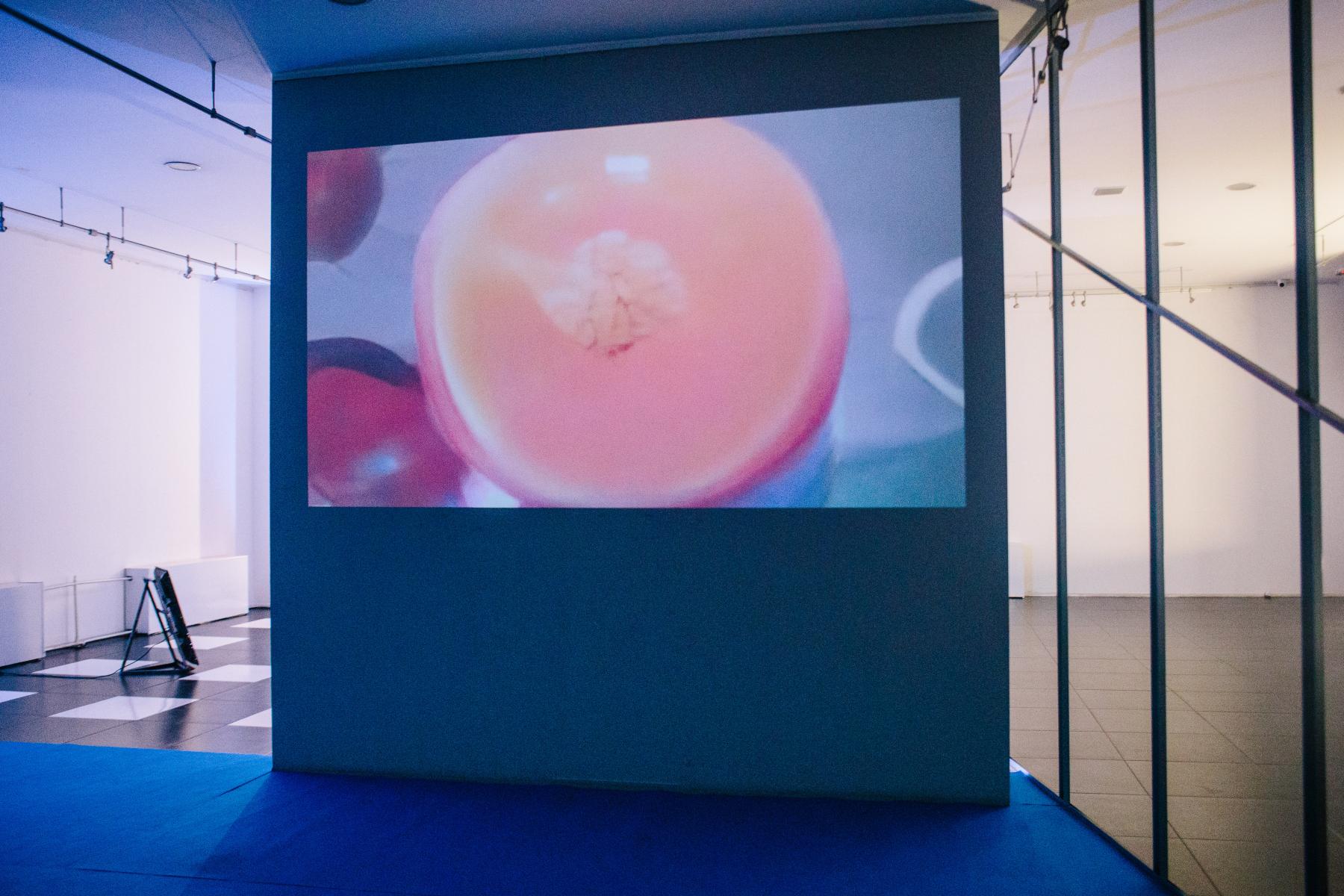 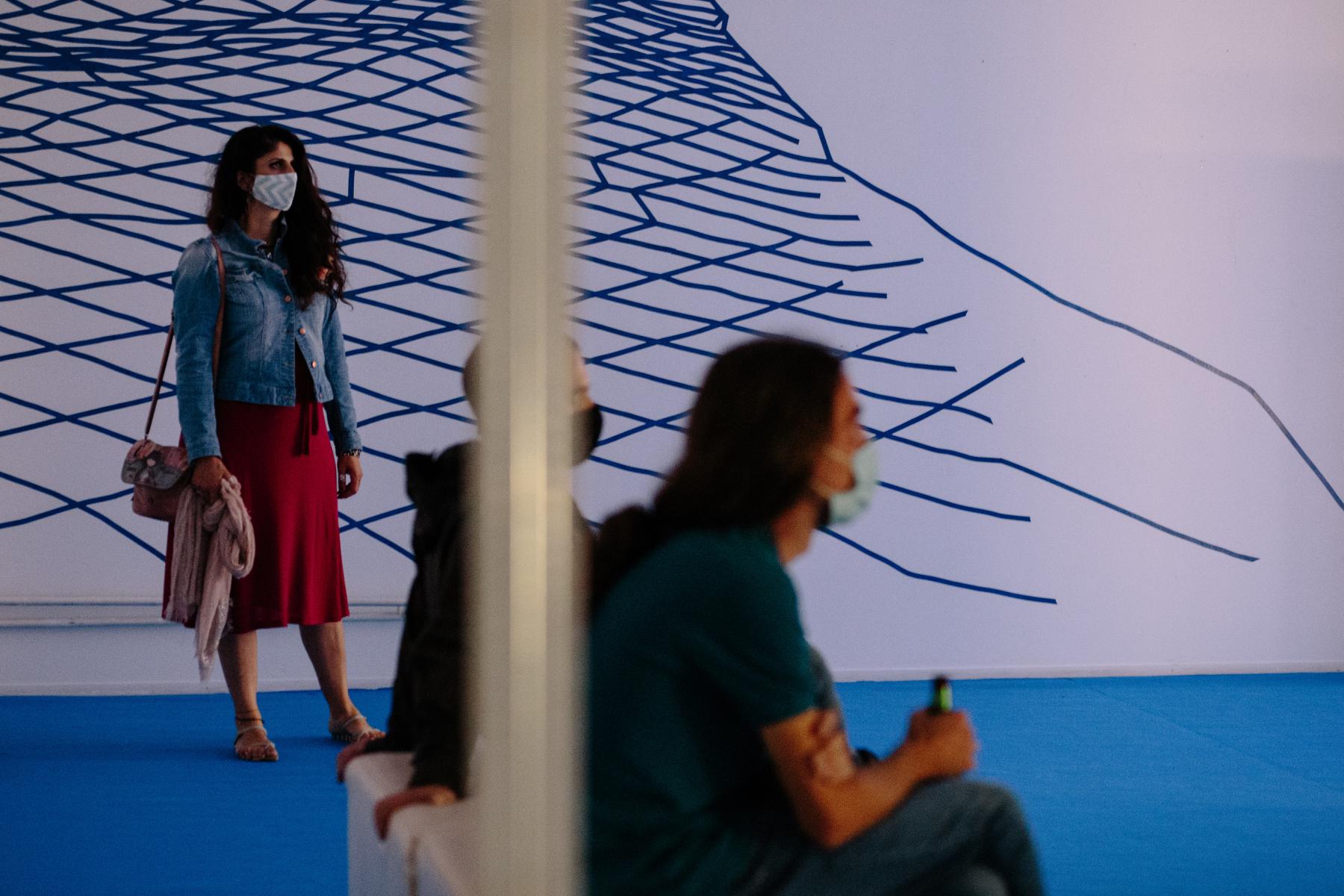 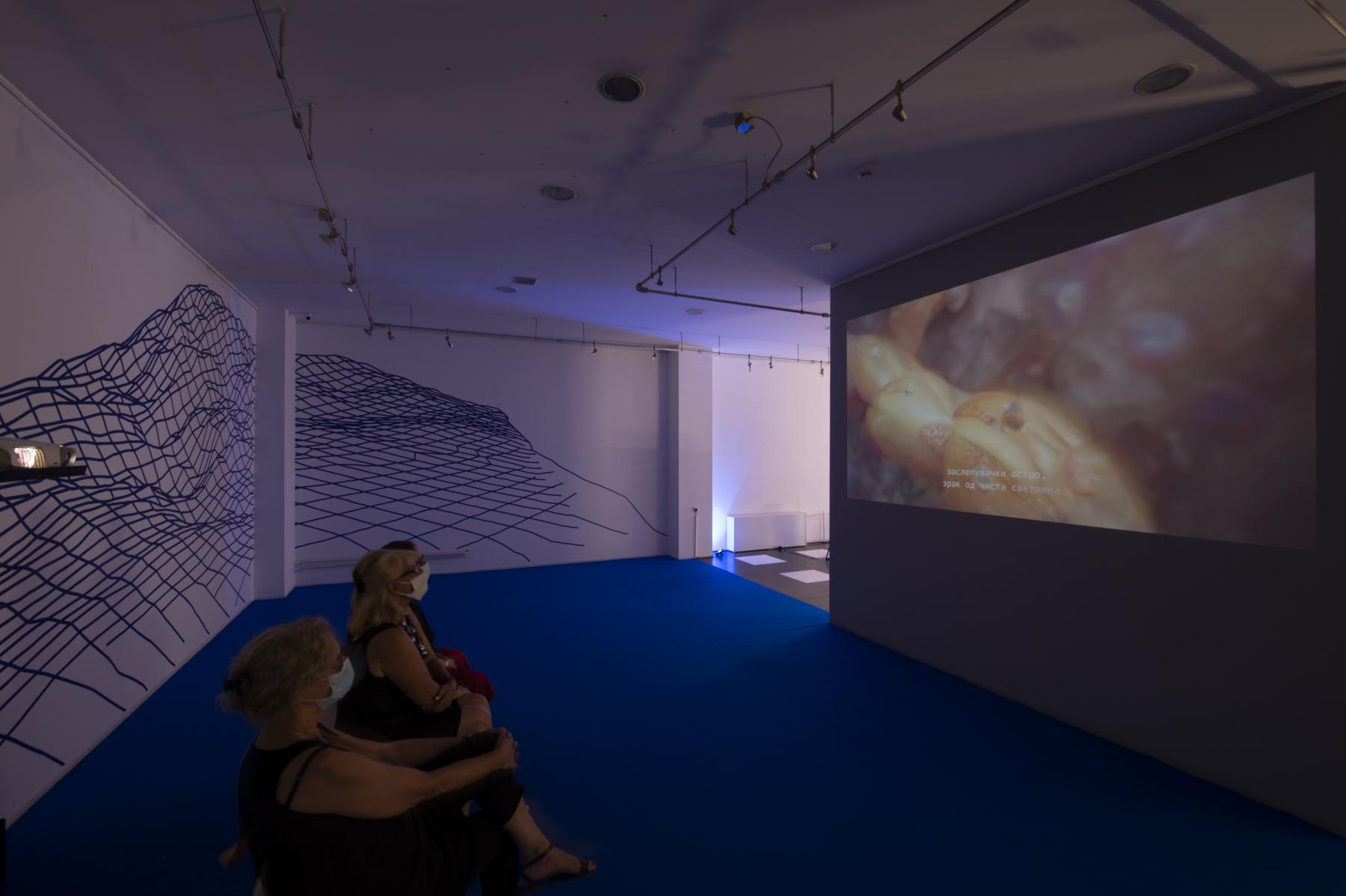 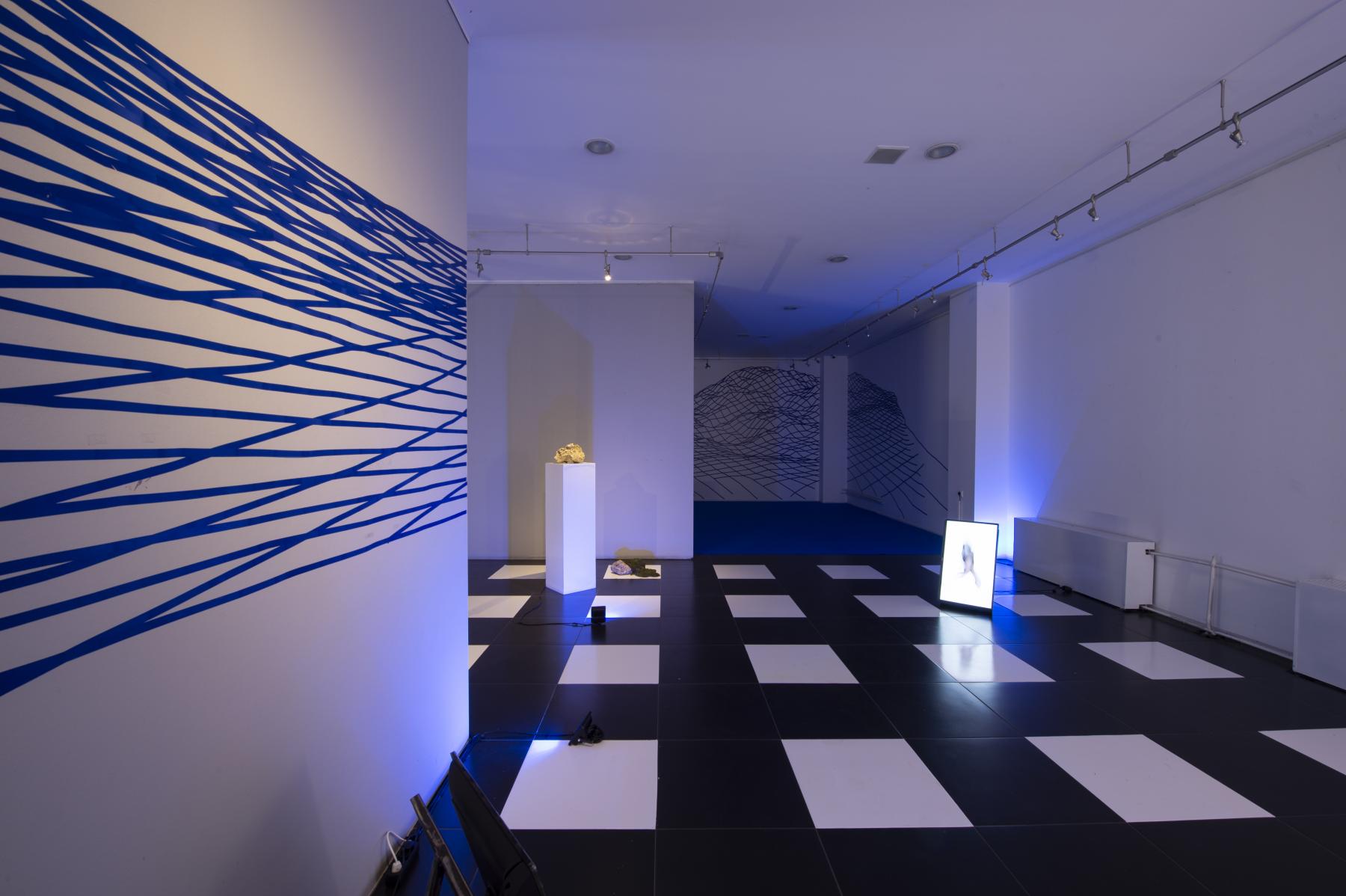 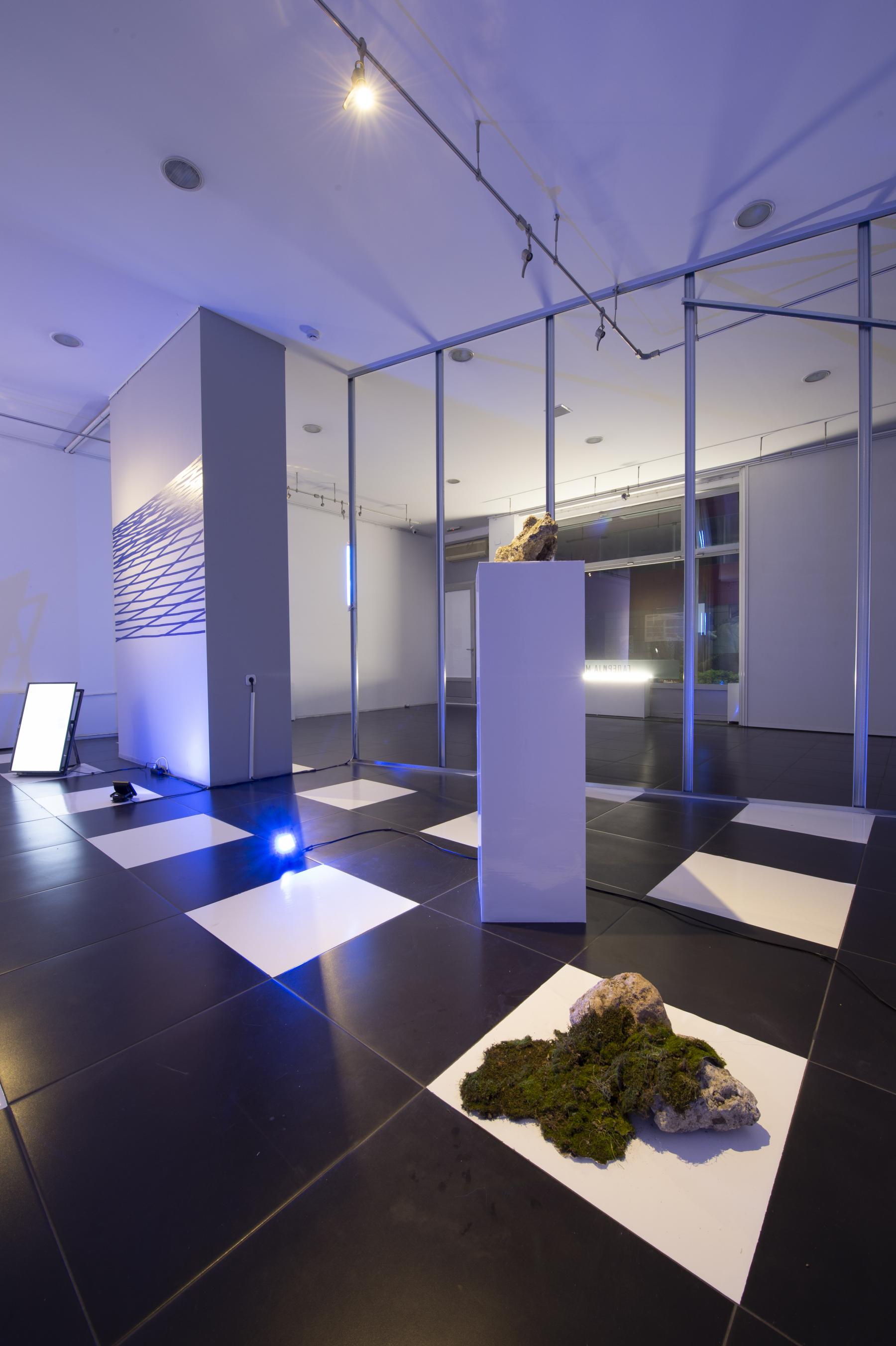 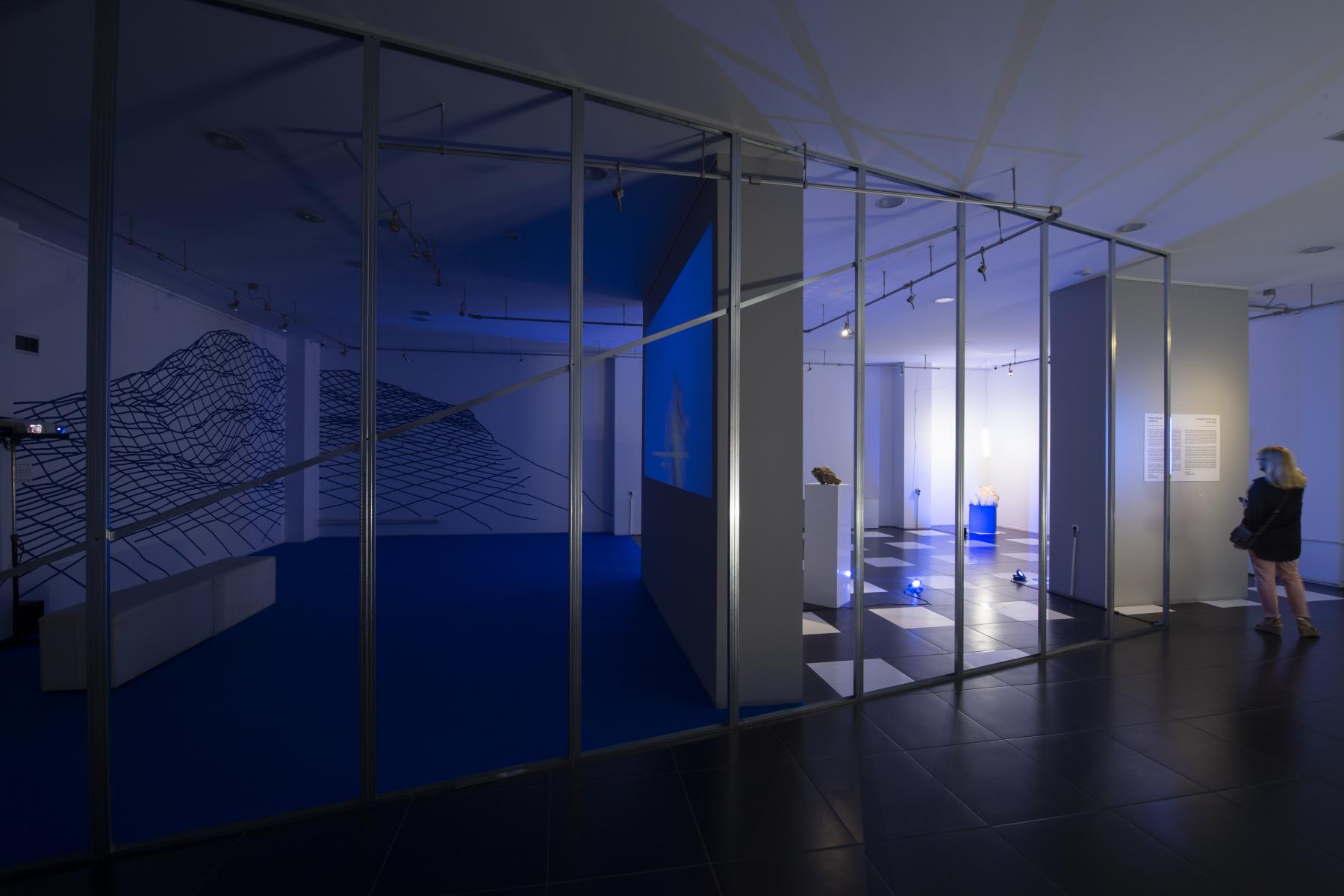 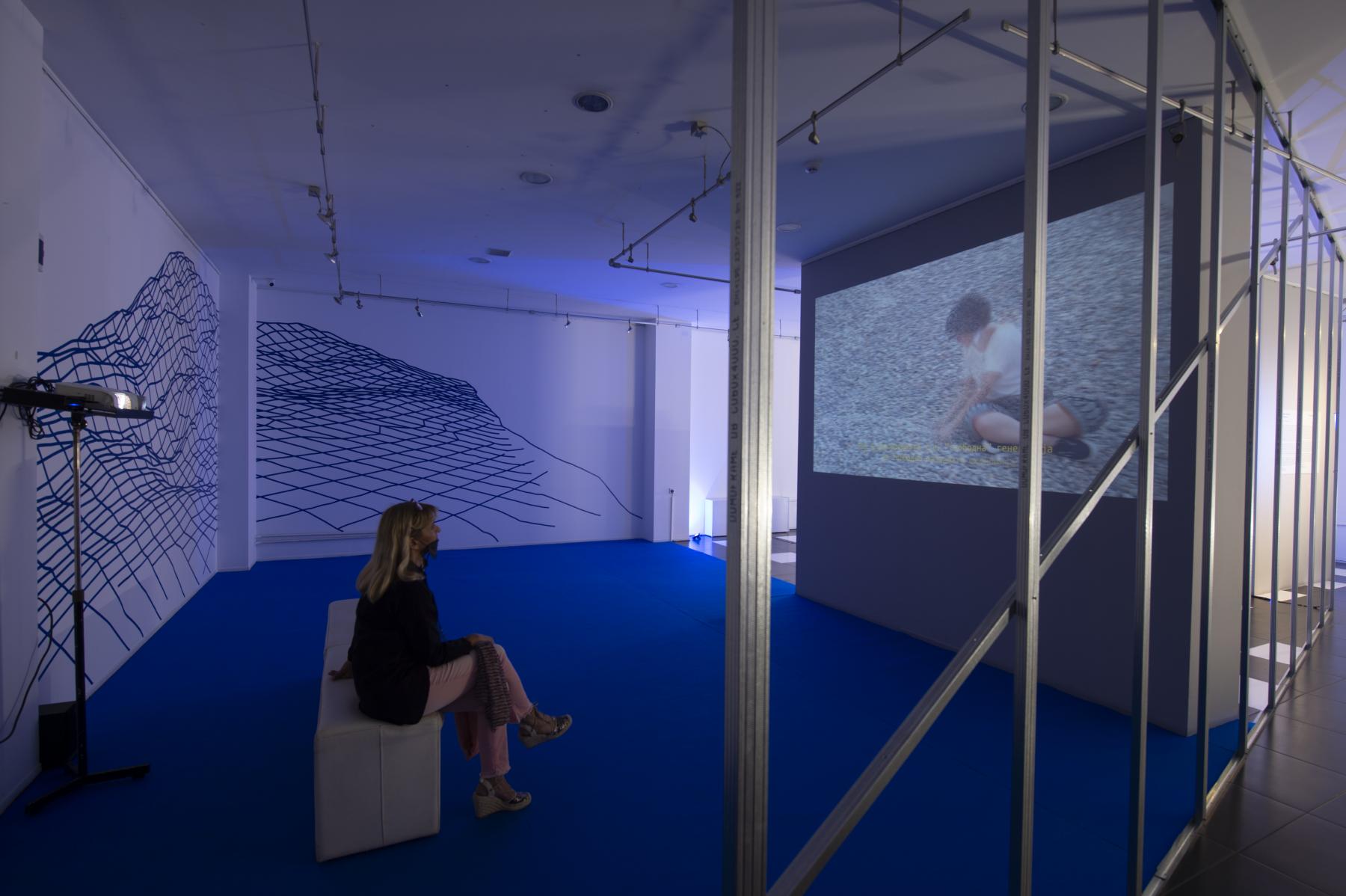 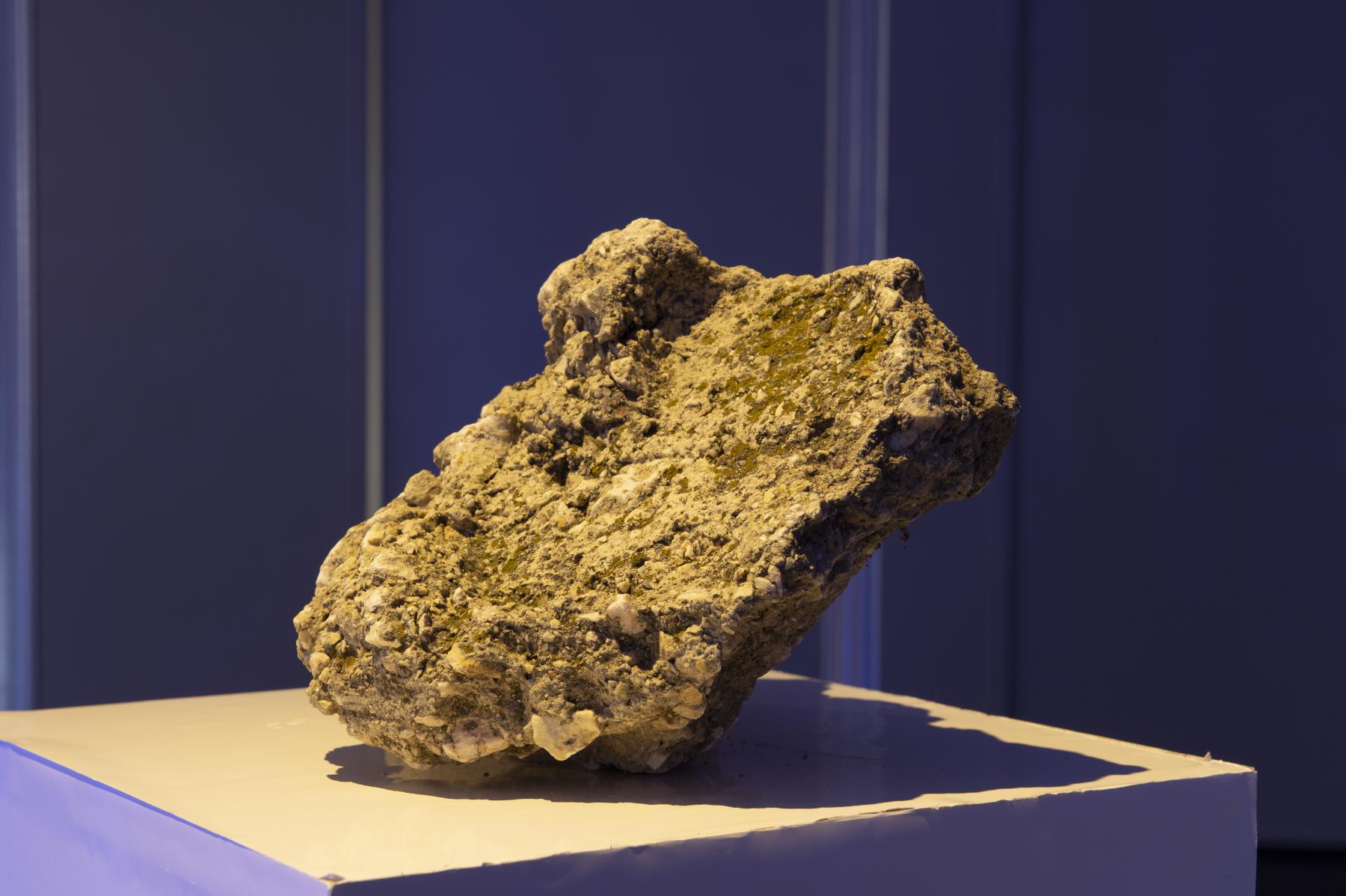 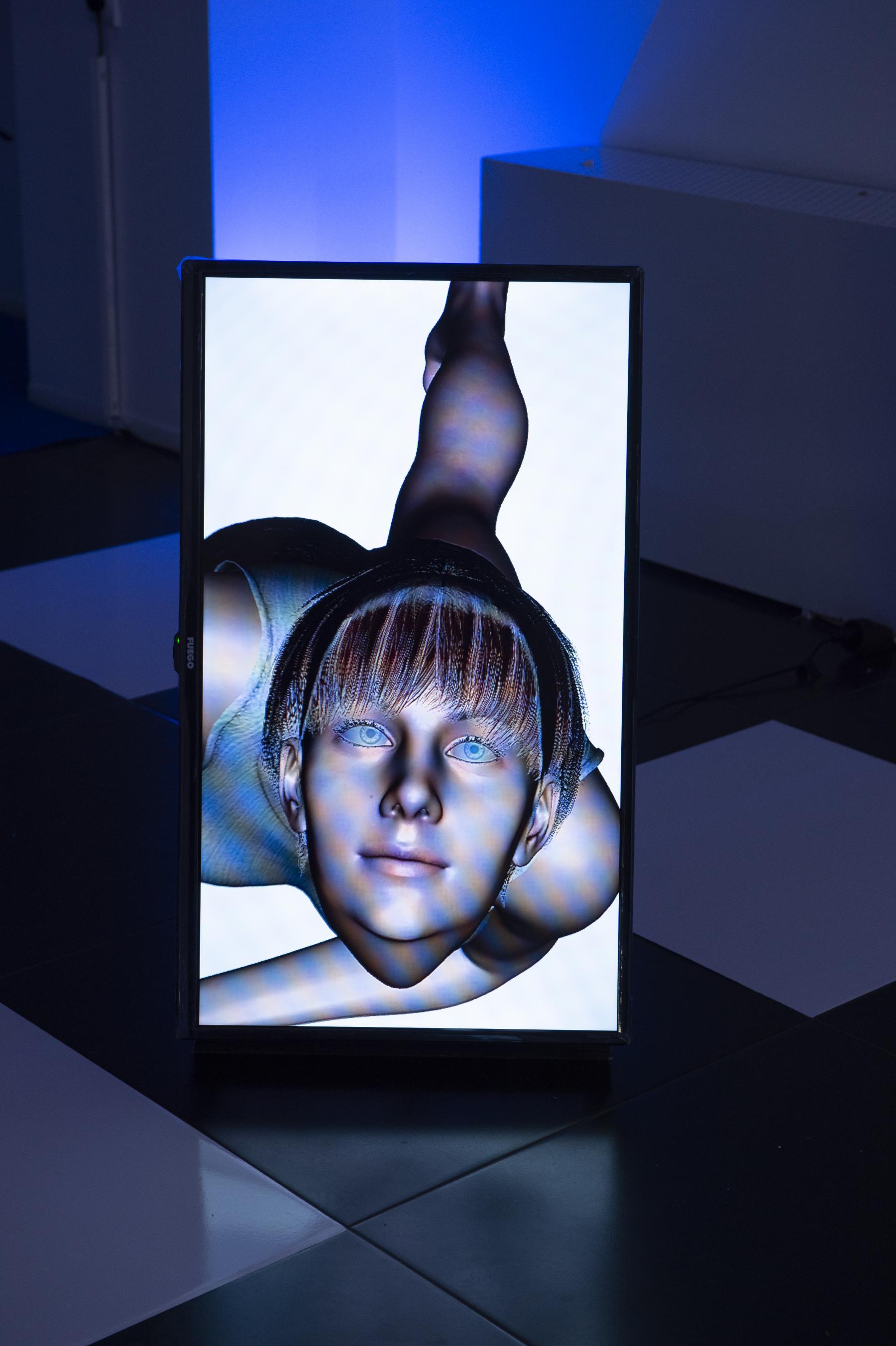