Inspiring herstories of fierce women included in the WoW Cards deck were transformed into unique works of art by 15 fierce artists selected in a competition to which more than 300 people from all over Europe applied. Photographs by Nina Dzurdzevic. 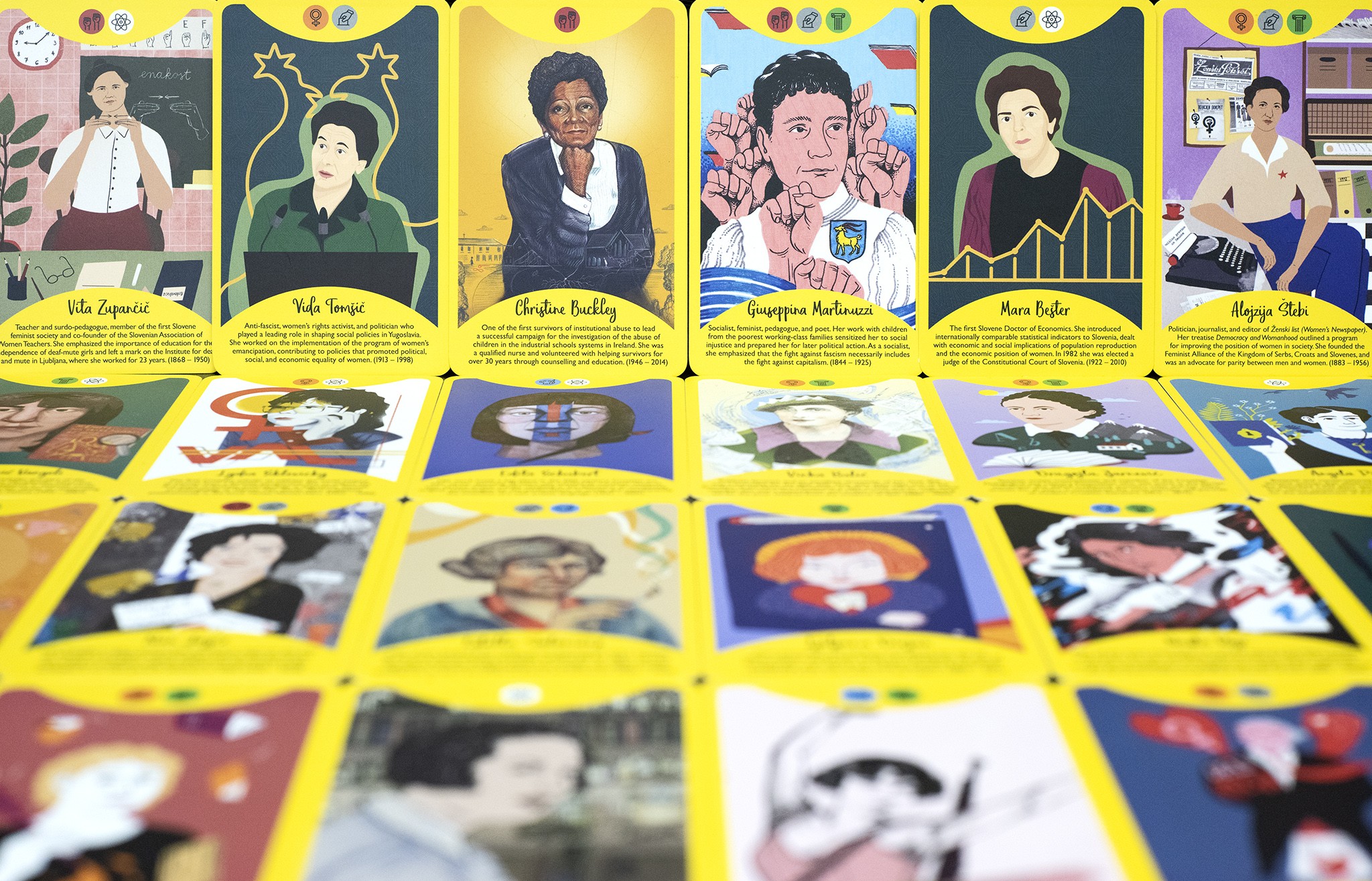 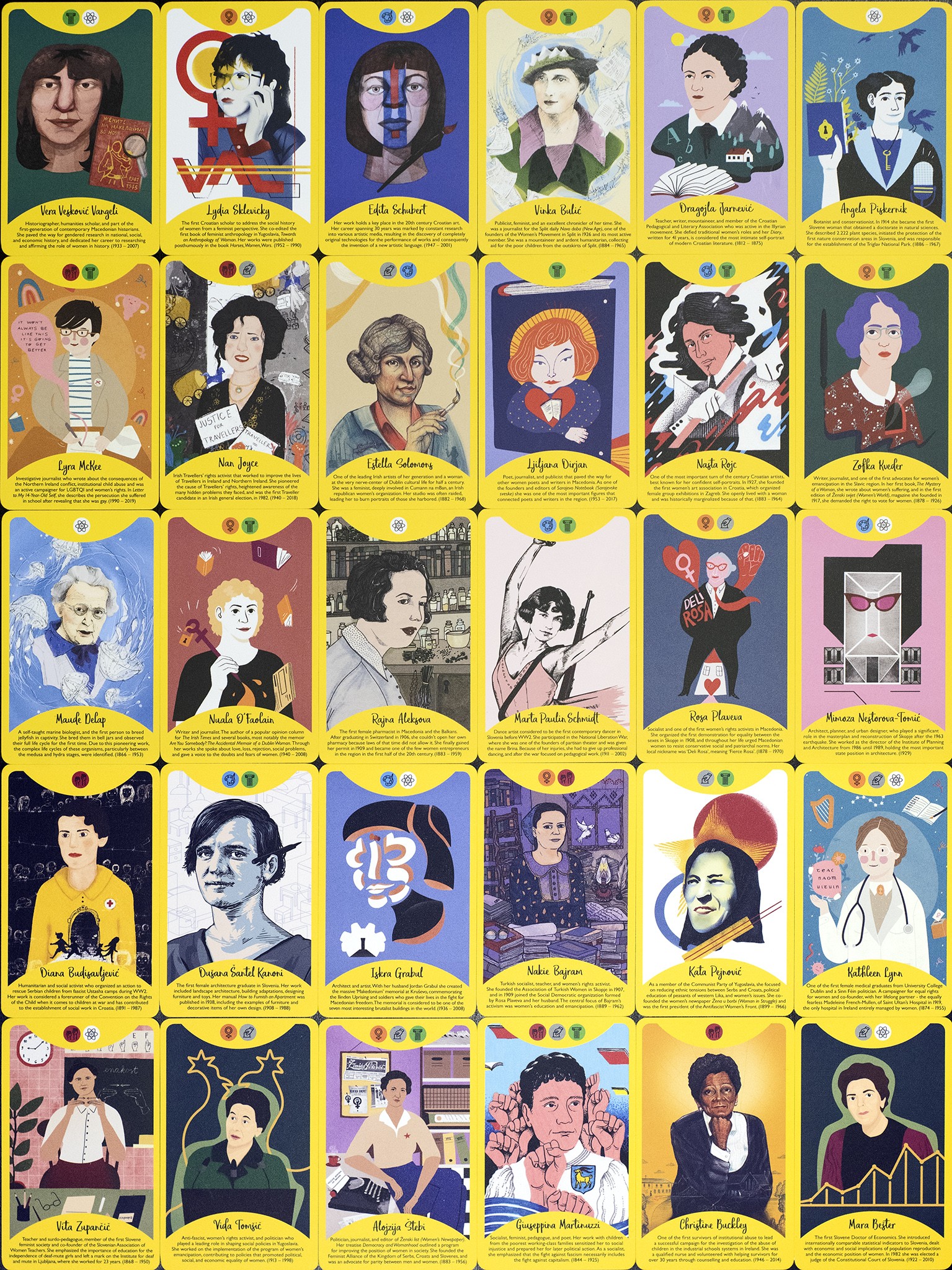 WoW Cards is a promotional deck printed in a limited edition of 2000 copies. It will be shared with our local communities in Slovenia, North Macedonia, Croatia and Ireland at upcoming events organized by aforementioned organizations, through giveaways, etc. Follow us closely on social media for more information!

The project Women on Women is supported by the Creative Europe program of the European Commission.