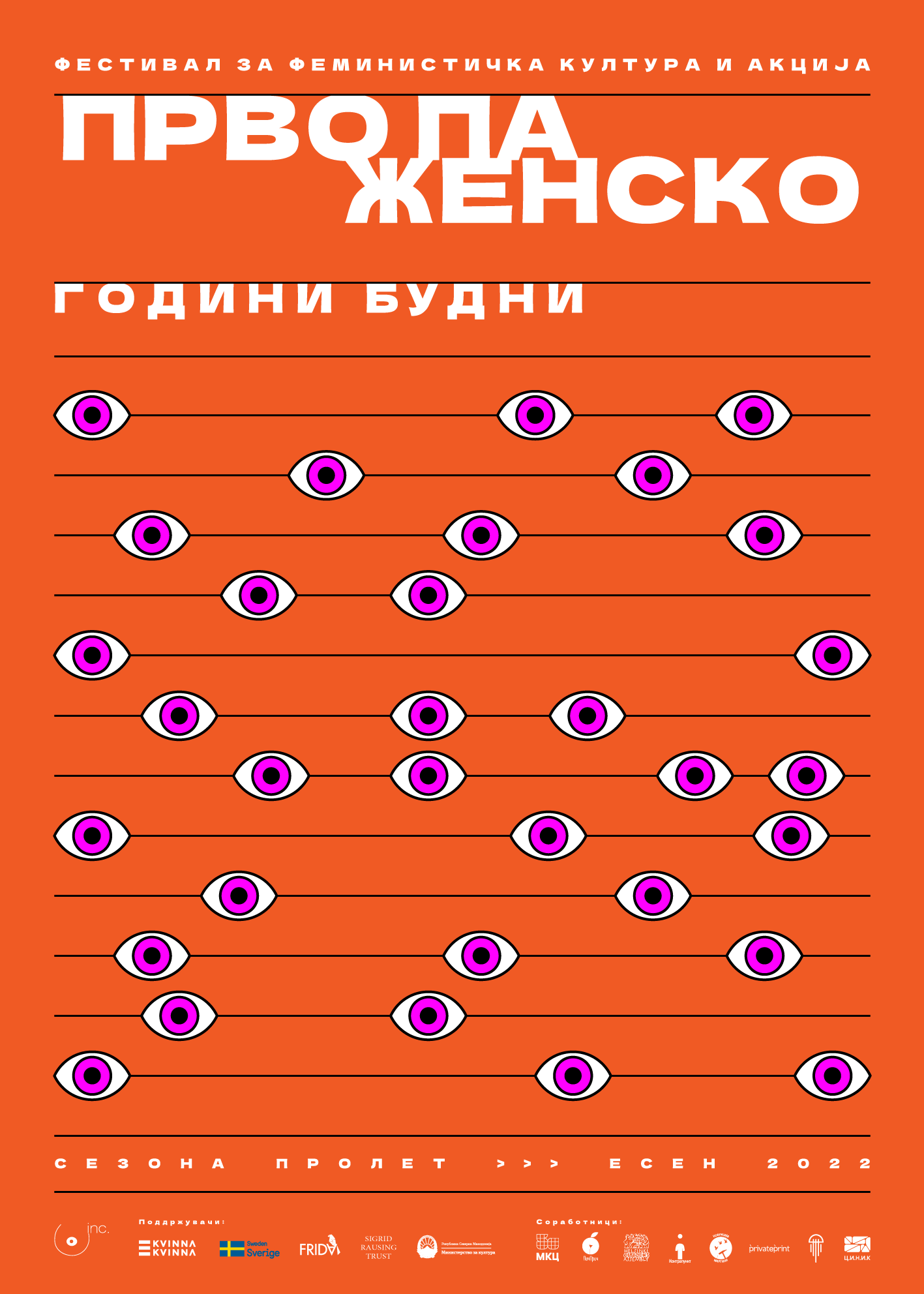 Under the slogan "For Years Awake" this year we look back on our long-term collaborations and look forward to new networking potential. This constitutes the fundamental practice and essence of the festival “Firstborn Girl” because it is the only way in which we can collectively act in order to build forward-thinking communities.

The slogan of this year’s “Firstborn Girl” not only aims to consider our ten years of active engagement in culture and activism, but it also parallels feminism and the women's movement in this area that has existed for years. As much as it commemorates this retrospective review of the past, it is also a call for new endeavours, new ways of resisting and fighting against patriarchal norms, practices, and the narrow worldview - often justified as the "natural order of things". This year, “Firstborn Girl” recalls the perseverance of the feminist movement and reiterates its feminist vision of freedom and transformative power for those left on the margins.

We have divided this year’s jubilee edition into two parts: spring awakening with a rich discourse program and the fall portion of the program, in which we offer a visual program for everyone's watchful eyes. The focus of the first part of the festival is humour. "There is no fiercer political weapon than laughter," said Maggie Hennefield in her text on the key role of comedy in the feminist movement. The subjective nature of humour and its dependence on the social context in which it occurs make it an exceptional tool for those who wish to comment, intervene or point to a particular situation or condition in society. Fortunately (!), historically, men have been the leading commentators. This is mainly due to their social dominance, unlike women and other minorities, who are historically marginalized in the field of comedy. This disproportionate allocation of power implies an already established public perception of what is considered funny, what situations we ridicule and who is the butt of the joke, and most often than not, it is a specific marginalized community.

The discussion of humour in the scope of feminist resistance is nothing new; on the contrary, the indisputable subversive power that is born of feminist comedy has been talked about for years. Aside from the classic concepts and models of comedy, social networks, especially Tik Tok, are launching new and fresh ways to ridicule the misogyny that plagues the internet. Hence, the need to expand this debate and employ a feminist critique seems like a logical next step in the festival FIRSTBORN GIRL.

Because of this, this year’s FIRSTBORN GIRL opens a discussion that centres on humour as a feminist tool that blocks what is the fast lane of patriarchal humour, sustained by misogyny and harmful stereotyping. We wanted this year's program to reflect our commitment to occupy this "boy’s club" and to reconsider the function of humour in society, from the point of view of those that are mostly ridiculed.

School of Feminism: FEM 101, in cooperation with Medusa (awarding certificates to the participants on May 26 at the MKC Club)

Shame on you! And an after-party with Zoki Bejbe (as part of the Skopje Pride Weekend)

00:00 workshop
School of Feminism: FEM 101.02, in collaboration with the feminist platform Meduza
Skopje

20:00 talk
Shame on you! - evening of queer storytelling and fun with Zoki Bejbe (as part of the Skopje Pride Weekend)
Comedy Theatre