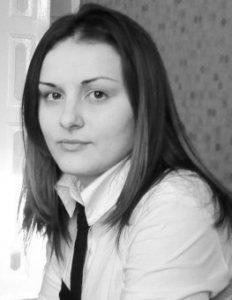 Maja Balsikevska started working in HERA in October 2013 as a social worker/manager of the First Family Center of the City of Skopje. After three years of work in the Family Center, in September 2016 she’s been transferred to HERA’s Executive Office where she assumed the position of coordinator of the project “Building cross-sectoral cooperation for dealing with of children victims of violence”. In addition, she’s been working on gender-based violence and rights programs for women and children.