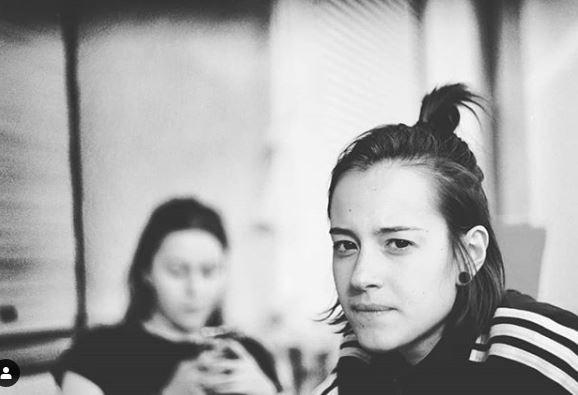 Martina Barakoska, born in Skopje in 1998, is a musician and a drummer.
Throughout her career, she has received multiple awards: Grand Prix for best drummer at the T’k Tak festival (Kavadarci, 2015), 1st special place on the International Competition Percussion - Art In Skopje ( Skopje, 2017), Golden Ladybug of Popularity as part of the music group Duper (Skopje, 2018).

During 2018 Martina performed with the Skopje brass quintet with whom they performed music arrangements by The Beatles and Queen, from 2017 - 2019 she was part of the group Duper, and as part of the international project CON-FRONT she has performed at several European and Balkan countries. Martina is part of Vladimir Chetka’s and Sashko Kostov’s bands as well as Ljubojna and  Labavo&Funky where she’s taken the role of a music director, and she’s also responsible for the musical arrangement.

Martina is very passionate about passing down her knowledge, so she has started giving drumming lessons to people of all ages. Her current goal is to leave her mark on both the online and offline space, to encourage the people around her to start doing what they believe in, surpassing the stereotypes. This is exactly what she reflects through her solo project named Martina Barakovska under which name she released her first album Weird Fishes.