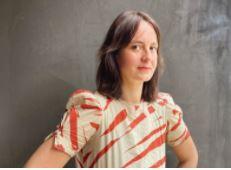 Ruth Höflich is a visual artist and filmmaker born in Munich, Germany and currently based in Melbourne, Australia. Her moving image work has been shown at film festivals and institutions internationally, including International Film Festival Rotterdam; Images Festival, Toronto; The Art Gallery of NSW, Sydney; Liquid Architecture, Melbourne and Hidden Bar, Art Basel amongst others. In 2019 she was the recipient of the Georges Mora Fellowship at The State Library of Victoria in Melbourne and was previously awarded the biannual Emerging Artist Prize from the City of Munich. Ruth holds an MFA from Bard College, New York.