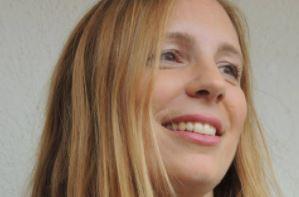 Kalina Maleska is a Macedonian writer, translator, and professor. She has published three short story collections: Misunderstandings (Makedonska kniga 1998), Naming the Insect (Slovo 2008), and My Enemy Itar Pejo (Ili-Ili 2016), the novels: Bruno and the colors (Slovo 2006) and Ghosts with silver threads (Slovo 2014), the play The Story Between Events (Slovo 2010), and the children's book Okay, but (Ili-Ili 2018). Her short stories and literary analyses have been published in multiple Macedonian and international magazines. Kalina also teaches several subjects on English literature and contemporary utopian/dystopian thought in literature at the Faculty of Philology "Blaze Koneski" in Skopje. Kalina has translated numerous books, and her translations include: What Was Heaven by Vlado Maleski, Tristram Shandy by Lawrence Stern, The Makioka Sisters by Junichiro Tanizaki, The Collected Short Stories of Ambrose Bierce, The Wizard of Oz by L. F. Baum.