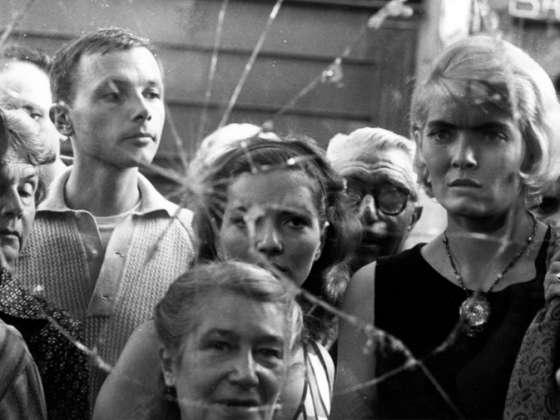 The story of the young singer Cléo starts at 5 pm in the morning. While waiting for her X-ray results she is suddenly faced with the prospect of her death. In this in-between period, she meets her lover, a pianist, a friend, and a soldier. Walking through Paris, little by little, she opens her eyes on the world.

Agnès Varda the pioneering member of the Left Bank, was endlessly curious filmmaker whose interest in the margins of society and female subjectivity, together with her vocational background in photography, resulted in one of the most playful and fiercely political bodies of work in the film history. The Grand Mother of the French New Wave has received among other awards and nominations, a Silver Bear at the Berlin Film Festival, an honorary Palme d’Or at the Cannes Film Festival, a Golden Lion at the Venice Film Festival and an honorary Oscar.