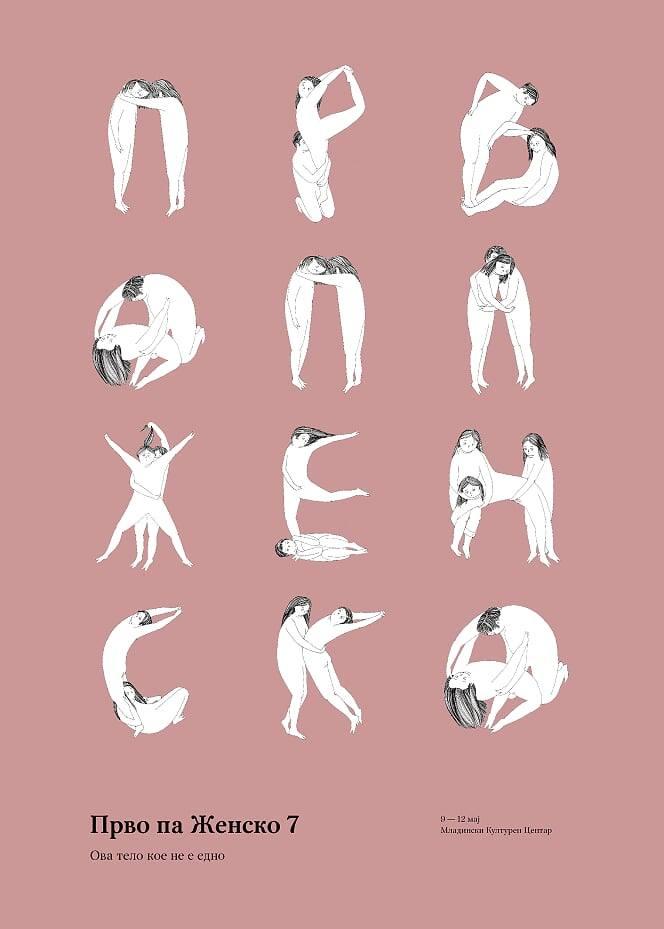 The human body has always been a place of control, resistance, discipline and disobedience, and particularly a place where gender roles have been practiced and examined. The body and the corporeality are the viewpoints of this year's festival. By referring to Luce Irigaray’s words we coined the slogan This Body Which is Not One as a base and an incentive for what we believe in. We embraced the idea of rejecting the concept of equality, such equality that implies battling of statuses, manipulations and uncompromised overtaking of attributes for success with the purpose of equalizing and becoming the same as the Other. Irigaray reminds us that from a gender perspective we are all different and that the equality that we are constantly advocating for, should in fact, be a joint fellowship without hierarchy.  Othering (E. Sheleva) does not in any way imply equalization but an essential understanding of the differences that we primarily recognize within our body which is not one.

Irigaray points out that female sexuality and body have always been socially and culturally shaped according to masculine parameters, in a meaningless comparative manner resembling the making of a sample and a copy. Therefore, we challenge this perception and try to point out that the bodies that we speak and think of are always plural and are being created under the influence of various often unique experiences.

This year’s Firstborn Girl program will cover several aspects of the treatment, image, identification and body perception, whether it involves a relationship with established institutional power, an acute socio-cultural dynamics, or an individual experience of self. We will have the opportunity to find out more about the old/young, ugly/beautiful body as perceived in Macedonian folk culture. We will talk about women’s health and pleasure, as well as pain and seclusion. Finally, we will discuss the image of the body throughout cyberspace, constrained by stereotypes and stigmas and how it affects the public opinion.

At last, we ask ourselves whether we should follow Irigaray’s idea of écriture feminine and create our own ghetto (E. Bakovska), or seek for a room of our own (V. Woolf)? Instead of searching for one right answer we will attempt to establish an open space promoting  the unconventional diverse bodies which defy the patriarchy. Through divergent and confrontational union, this Firstborn Girl feminist festival will create one collective body consisted of a multitude of diversities.

*this text was written under the influence of PMS