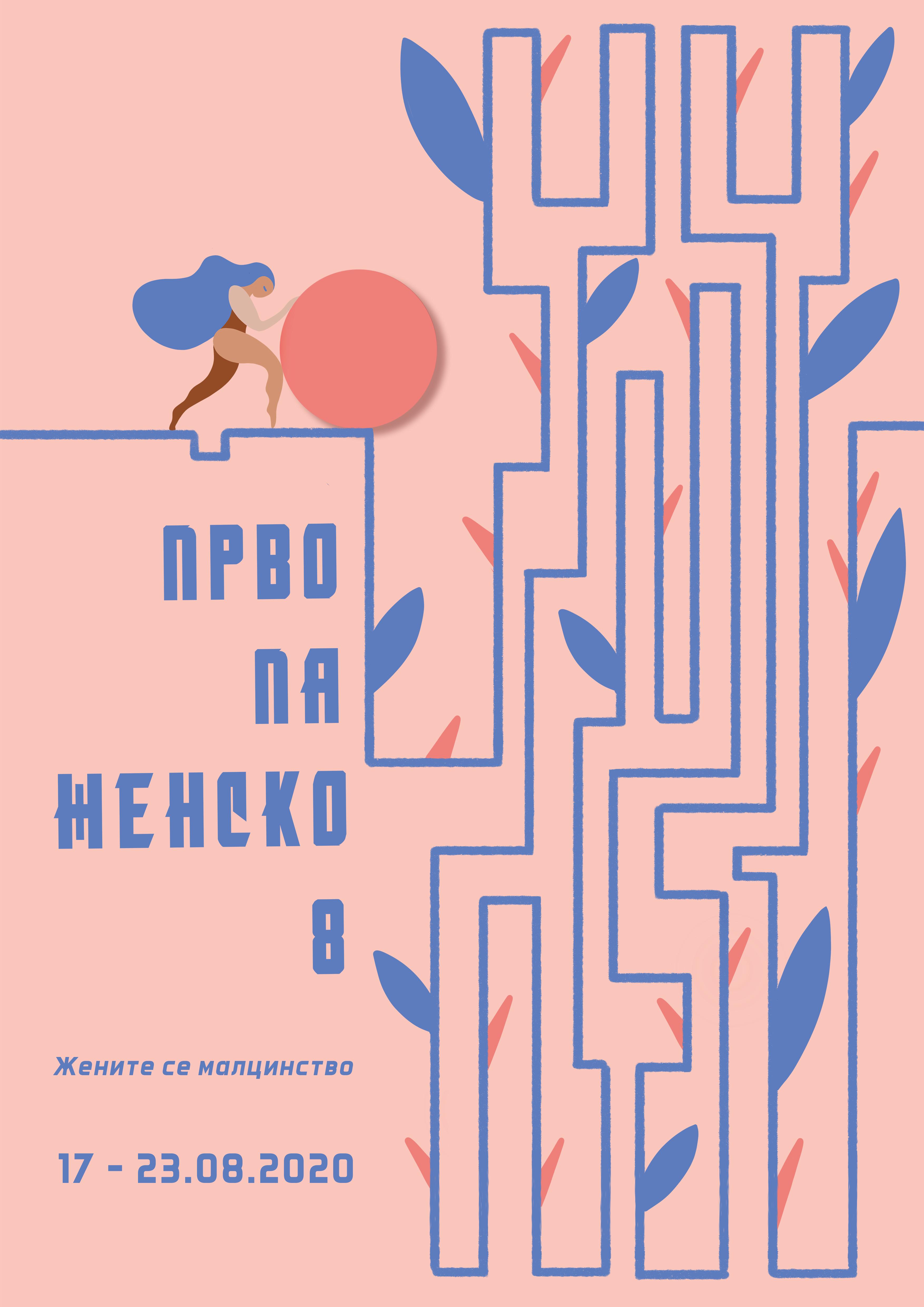 This year, the Festival of Feminist Culture and Action ПРВО ПА ЖЕНСКО (FIRSTBORN GIRL) stands firmly behind the declaration: Women are Minority. With this political positioning, we aim to reconsider the meaning of the term "minority", consciously avoiding its national, dominant assumption. We want to point out that in the meaning of this term, the power relations between the different social groups are much more relevant, as well as the relations between the dominant and the dominated ones. Such domination occurs daily through entrenched harmful political regimes and social norms, which imply discrimination of multitude of identities that do not fit into the ideal attributed to the hegemonic majority. That is why the issue of minorities is a feminist issue as well.

Without entering the senseless debate whether women really are a minority, we prefer to turn to a different interpretation of the term "minority". We will look at the symbolic burdens that this notion carries, which are submission, subordination, and being insufficient and less worthy. We live in a country where a census has not been conducted for almost twenty years, and the initiative for this procedure hangs like the Sword of Damocles on the fate of those who rule. It is clear that the state census would serve only as a tool in the fight for ethnic status, both for the majority and for the minorities, who rush to count who is more and who is less numerous, and that, unfortunately, remains as one of the most important political issues. While we wait for the formation of the new government, we predict the aftermath of the everlasting chess game for political power gaining based on etnic-minority-elusive calculations. The result of this "trade" is not in favor of resolving the essential problems of our society and the position of culturally and socially disadvantaged, gender and sexual minorities, including women.

We invite you to consciously choose and undertake the position of a minority by recognizing different political models of action, which defy the dominant norms. Such rebellion is necessary in order to break at least a certain part of the existing political, economic, cultural, and other social constraints. We believe in the intertwining of different experiences, and think that the need for an intersectional approach in policy making should be raised. This means that “being a woman varies on whether you belong to the middle or working class, whether you belong to the hegemonic majority or the racialized minorities, whether you live in an urban or rural area, whether you are old or young, gay or straight ”(Yuval-Davis), whether you are a trans or a cis, a person with disabilities, whether you are a Turk, Albanian, Roma, Macedonian or something completely different.

ПРВО ПА ЖЕНСКО (FIRSTBORN GIRL) advocates for public discussions to question the dynamics and intertwining of social categories, and stands for a feminist movement that advocates for  a different approach on the policymaking, where meeting gender quotas is not enough. Such action may seem difficult to achieve, but the feminist movement must be rebellious and should not quiet down.

This year ПРВО ПА ЖЕНСКО’s (FIRSTBORN GIRL) visualls refer to Sisyphus as a metaphorical symbol for the feminist movement which, like Sisyphus, is currently re-questioning its meaning, sense and unity. This need is especially noticeable during these times when the pandemic has created even more pronounced inequality, placing the most vulnerable in an even more unfortunate position by exposing them to an even greater risk of violence and lack of care. After his essay The Myth of Sisyphus, Albert Camus moves on to the Rebellious Man, which is in fact a move “from loneliness to solidarity", and we can therefore freely "imagine Sisyphus not only happy (as Camus claims in The Myth of Sisyphus) but also in rebellion against everything that can crush, suffocate, and dismantle everything that is human.” Camus’ rebel "fights for integrity ... and does not seek to win, but to impose themselves by being valuable."

This years’ ПРВО ПА ЖЕНСКО (FIRSTBORN GIRL), will stand for a struggle that is persistent, specific, and freed from the imposed social constraints and modes of behavior. Instead of obeying the patriarchal world and life, we call for breaking the shackles, and creating and conquering  spaces of freedom.